Hollyoaks have found themselves the X Factor.

Jake Quickenden has also performed with The Dreamboys.

“It’s very exciting and it’s a privilege. Hollyoaks is such an amazing show and it’s been around for so long; to be asked to come and have a role on it, it’s amazing.” – Jake Quickenden

Jake Quickenden has spent his first day filming on set at Lime Pictures for scenes that will air during the show’s big autumn stunt week in October on Channel 4.

On Tuesday 6th August he filmed scenes with long-standing Hollyoaks actors Stephanie Waring (Cindy), who he has previously worked with on Dancing on Ice, as well as Ellis Hollins (Tom).

Jake Quickenden on the set of Hollyoaks.

Quickenden rose to fame as a finalist on The X Factor in 2014, although eagle-eyed viewers might have remembered him making it through to Judge’s Houses a few years earlier. He lasted three weeks into the live shows but was able to turn his early elimination around when he was offered a place on jungle-based reality series I’m A Celebrity Get Me Out Of Here! in the same year.

Furthering his reality television experience, he took part in and won last year’s series of Dancing On Ice. Most recently he has been touring in Hair the Musical.

“I’m really happy. I’ve had a great day and everyone’s so sound. It’s nice to arrive somewhere new and know someone like Steph [Waring] too, she’s made it really easy to fit in.” – Jake Quickenden 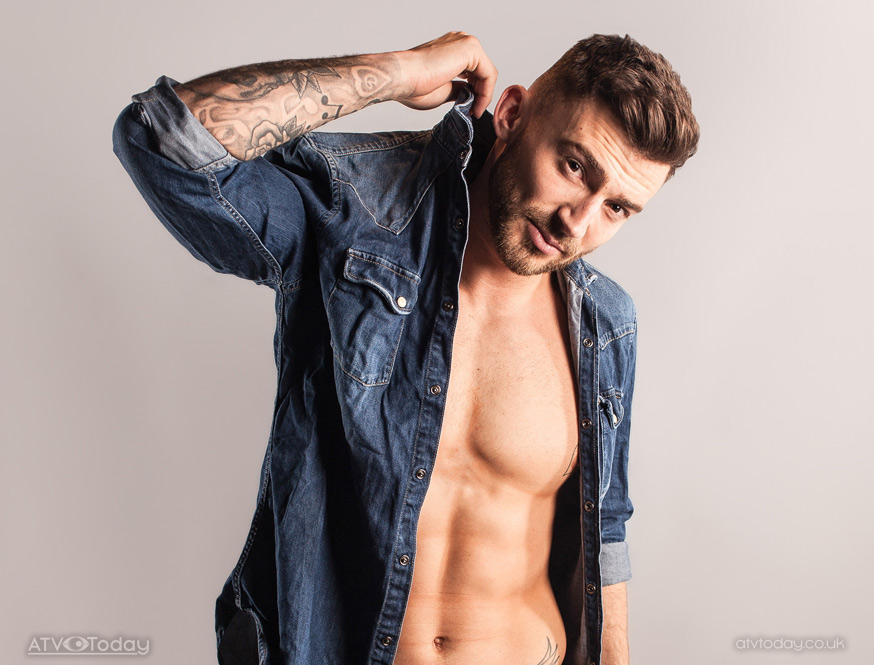