Sky release more details on second outing of Save Me

Sky have released a preview photograph from the forthcoming second series. 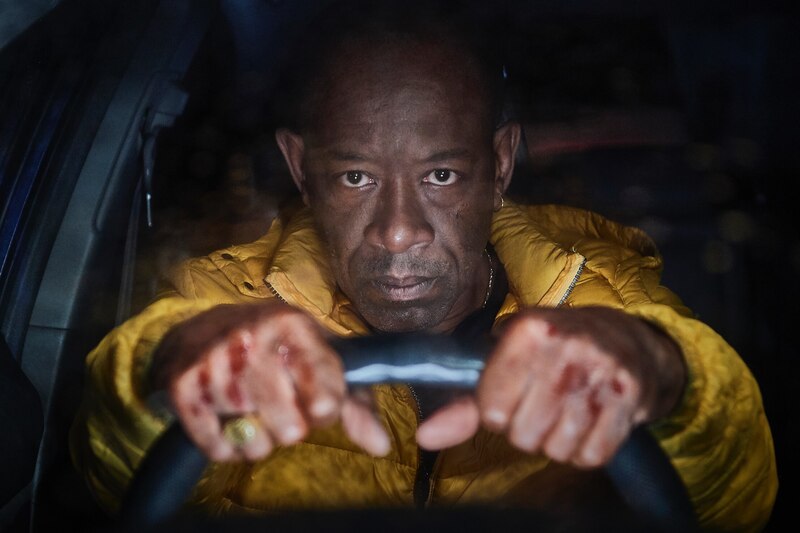 Save Me Too, a first-look preview.

Lennie James reprises his role as Nelly Rowe in the BAFTA nominated drama.

At the end of series one, which became the most rapidly binged boxset in the broadcaster’s history, Nelly is left devastated when his desperate search for his daughter Jody is unsuccessful. To find Jody he has been dragged into a dark underworld, taken risks dangerous to himself and those closest to him, and challenged him to re-evaluate many of the decisions he has made about his life.

In the next chapter of his quest viewers will re-join Nelly seventeen months on. Is he still looking for his daughter? What hope is there of finding her? And if new evidence were to emerge what would it force Nelly to do next?

Lesley Manville joins the all-star cast as Jennifer Charles, the wife of Gideon played by recent EastEnders actor Adrian Edmondson. Jennifer is forced to make an almost impossible choice that will place her in direct conflict with Nelly, following the return of the vulnerable girl, Grace (Olive Gray), whom Nelly rescued whilst searching for Jody.

Save Me Too is produced by award-winning World Productions who gave viewers Line of Duty and Bodyguard on the Beeb. The first series is available to watch on demand on Sky and streaming service NOW TV.

Sky has recently committed to more than double its investment in original drama, comedy and documentary through Sky Studios, the commissioning and production arm of Sky. Sky Studios brings to screen unique stories from the very best talent in Europe and is the creative home of Sky’s award-winning and much-loved Sky originals. – Sky

Suranne Jones returns in Save Me Too.