“Revitalising Top Gear was one of my biggest priorities when I took over BBC Two and seeing Paddy, Fred and Chris make the show their own has been an utter joy. From Peaky Blinders to Line Of Duty and now Top Gear, BBC Two is a place where unique shows can evolve and thrive before moving to even broader audiences on BBC One, it’s a vital part of the BBC portfolio.” – Patrick Holland, Controller BBC Two

The move from BBC Two to BBC One was revealed by Top Gear presenters Freddie Flintoff and Chris Harris on BBC Breakfast today. Charlotte Moore, Director of BBC Content announced afterwards ‘that the world’s biggest motoring entertainment show is moving to the nation’s favourite channel for its 29th series later this year.’

The new line up of Paddy McGuinness, Freddie Flintoff and Chris Harris has been a hit with viewers and critics alike, and their debut series on BBC Two in June last year attracted an average consolidated audience of 3.8 million viewers, making it the channel’s most popular programme of 2019.

Richard Hammond, James May and Jeremy Clarkson moved to AmazonPrime with The Grand Tour.

The show will move to BBC One this year.

The long-running factual entertainment show, produced by BBC Studios, was also hugely popular amongst young audiences, occupying a spot in the top four shows on British television for 16-34-year olds during each week of its run. The trio replaced several names including Chris Evans and Matt LeBlanc who had attempted to boost the fortunes of the show following the sudden departure of Jeremy Clarkson, James May and Richard Hammond.

Following the success of this first series, the trio recently returned with even higher audience ratings, seeing the opening episode of their second series pull in an audience of more than 4.3 million (consolidated), the highest for the show in four years. In between seasons they also filmed the Top Gear Nepal Christmas Special, which saw the team embark on an epic high-altitude voyage from Kathmandu to the Forbidden City of Lo Manthang, thrilling UK audiences when it aired in December.

Paddy, Freddie and Chris’s debut series of Top Gear has already been snapped up globally by over 100 countries including China, the U.S., South Africa, India, Australia and Germany.

“The time is right to move the world’s best motor show to the nation’s most popular channel and bring it to an even broader audience on BBC One. Freddie, Paddy and Chris have revitalised the hit series with their escapades and banter; and we couldn’t have asked for a better response to their series so far and the impact it’s had with young audiences.” – Charlotte Moore, Director of BBC Content 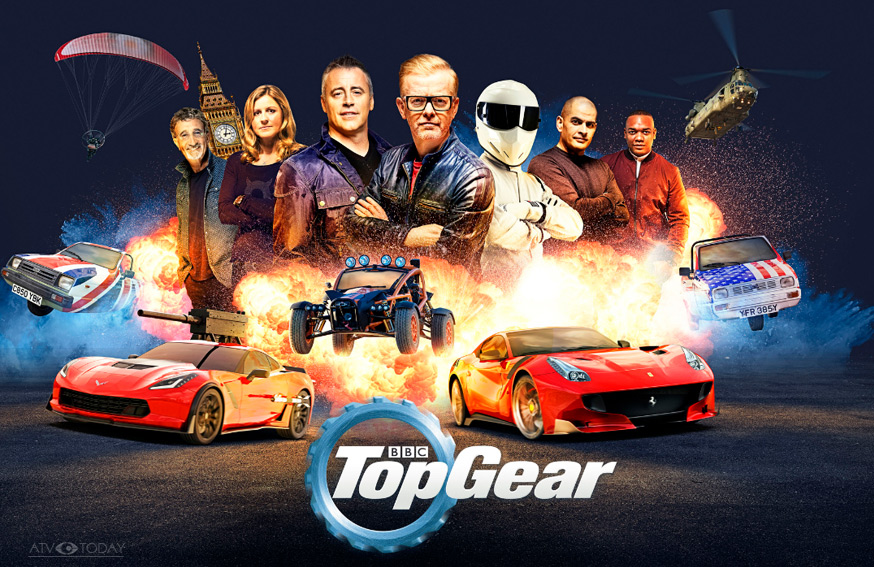 Big reboot, Top Gear was relaunched following the departure of May, Clarkson and Hammond. With names such as Chris Evans and Matt LeBlanc.