We Hunt Together heads stateside.

“I’m delighted that Showtime has picked up We Hunt Together. I am sure they’ll be a fantastic partner for us on this dark, distinctive thriller, which has already gone down brilliantly with Alibi’s audience in the UK. It’s a testament to the quality that Philippa and the team at BBC Studios have delivered. With more dramas in the pipeline, it’s shaping up to be a powerful partnership.” – UKTV’s Director of Commissioning, Richard Watsham

The six-part thriller, written by Gaby Hull and produced and distributed by BBC Studios, will debut on Showtime at 10pm on Sunday 9 August. It premiered on UKTV ‘s Alibi channel last month and immediately proved a hit with 719k viewers tuning into the first episode. In the UK, the series is available as a boxset on Sky, and the DVD is set to be released next month.

The psychological thriller explores the intoxication of sexual attraction, the dangerous power of emotional manipulation, and how finding a volatile form of solace in another can have dire consequences as two conflicted coppers track down a pair of deadly killers.

“From the outset our ambition was to tell compelling stories from the best of British talent and I’m thrilled that we have found a partner in Showtime that have embraced the series that Gaby and the team have created. After such a positive audience reaction to the series premier in the UK, I’m excited to see the response from Showtime’s audience when it launches in August.” – Martin Rakusen, Director Drama Content Partnership, BBC Studios 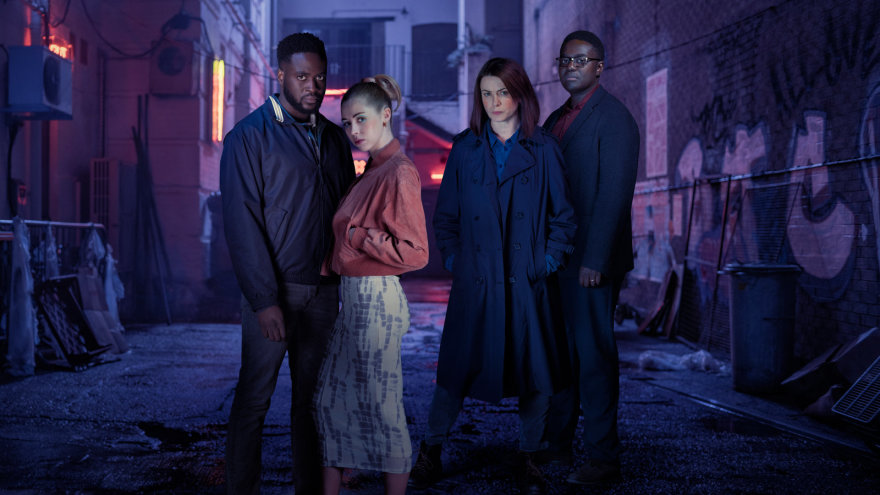 One Reply to “Showtime picks up We Hunt Together”