Welcome to Whicker’s World as the BFI celebrates the centenary of Britain’s most famous and enduring TV reporters.

Born in Cairo a century ago on 2nd August, 1921, the household name that was, and indeed still is, Alan Whicker was famed for his daring and insightful interviews as an investigative television reporter.

“Beneath Alan’s gentlemanly exterior was an endlessly curious, maverick mind, the like of which I’ve never met before or since. I think he would have been bemused that the characters he brought to a screen the size of cornflake box are now being shown on the big screen at BFI Southbank but I am completely thrilled and delighted that the BFI are honoring him in this way.” – Jane Ray Artistic Director of The Whickers

Innovative and adventurous, crossing continents and TV channels in a career that spanned six decades, Alan Whicker had one of the most enduring and influential careers in British television history, helping to remap the frontiers of long-form TV documentaries. As we first noted earlier this month, the BFI is celebrating the  ‘Whicker 100’ in partnership with The Whickers, Alan’s charitable Foundation funding the next generation of documentary makers, with a screening and discussion event at BFI Southbank, a new Alan Whicker inspired collection at BFI Mediatheque as well as sharing some items from the extensive Alan Whicker Collection, donated to the BFI National Archive in 2016. 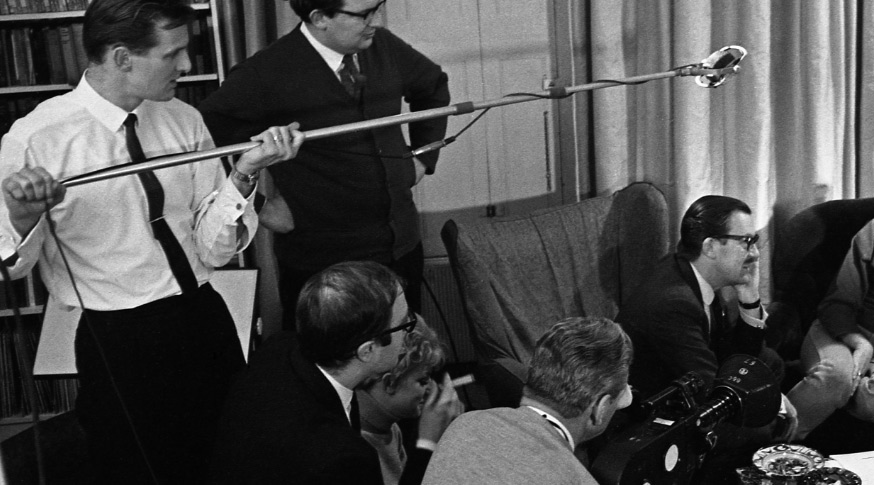 With a journalist’s nose for a story, his mission was to inform and to entertain, never preach. Whicker’s name became a by-word for brilliantly crafted and revealing studies of people and places, traversing a rapidly changing world from South America to Southeast Asia, California to the Caribbean, and meeting people from all walks of life along the way.

Whether exploring behind the scenes of the Miss World competition, interviewing Francois ‘Papa Doc’ Duvalier, the notorious Haitian dictator, exposing the lifestyles of the hippies of San Francisco, or meeting Hollywood royalty, Alan Whicker’s deceptively conversational style encouraged intimate revelations from the great, the good and the not so good, his penetrating questions masked in old school good manners.

Often ahead of his time, Alan Whicker covered a huge range of subjects reflecting all aspects of 20th century culture, politics and history. His reports on divorce, women’s rights, gay marriage and racial inequality and much else changed attitudes, and, in some cases, changed the law. At the height of his popularity, Alan Whicker’s programmes commanded audiences of 15 million people. With travel restrictions in place, and many destinations still off limits, now is the perfect time to sit back, relax and let Alan take us on a journey of discovery.

On 7 August , BFI Southbank, screens ‘Welcome to Whicker’s World’, a double-bill of some of Alan Whicker’s most memorable work, available as a joint ticket with a separate illustrated panel discussion about his life and legacy. Jane Ray, Whicker’s radio producer, now Artistic Director of The Whickers, will be joined by Michael Palin, other friends, colleagues and admirers to discuss his career and his legacy.

“Alan Whicker was the supreme professional. He made the world accessible to millions of those who those who would never see it for themselves.” – Michael Palin 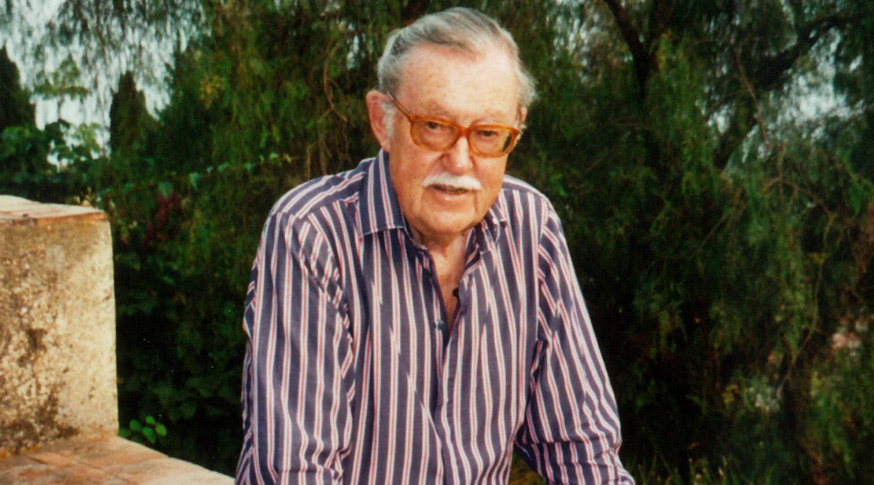 Alan Whicker’s papers were donated to the BFI National Archive in 2016 by Valerie Kleeman, his partner in life and work, on behalf of the Whicker’s World Foundation. A unique and meticulously record of Alan’s career and lifelong obsession with watching the world, the Alan Whicker collection, includes transcripts, notes, diaries, handwritten question cards, correspondence, research and photographs.

Spanning the years 1938-2014, the collection gives an insider’s view of some of the key events, social trends and personalities of the 20th century, across Alan’s career, while fully documenting the changing world of television reportage. In celebration of the ‘Whicker 100’ BFI Special Collections will dip into Alan’s extensive papers to share some previously unseen items to give us an insight into his life and work.

Visitors to the Mediatheque at BFI Southbank can also explore an extensive new curated collection of 100 programmes from Alan Whicker’s six-decade career. Broadcast from the mid-1960s to the early 2000s the collection features classic episodes of Whicker’s World, a three-decade mainstay of BBC and ITV schedules; plus spin-off series including Whicker Within a Woman’s World and Whicker Way Out West. Entry is free.

+ The Lord is My Shepherd and He Knows I am Gay

ITV 1973. Dir Michael Deakin. 52min Whicker reports on a gay wedding in San Diego and looks at the rise of the gay liberation movement in the USA.

Jane Ray, Whicker’s radio producer (who later set up The Whickers, which uses Alan’s legacy to fund the next generation of documentary makers) joins Michael Palin and other friends, colleagues and admirers of Alan Whicker to discuss his career and legacy with a bespoke collection of illustrative clips. Further guest are expected to attend. Check the BFI events page for updates.

The Book of Mormon returns to the stage