The actress became the much-loved-to-hate village gossip, Mrs Mack, in the STV programme.

“It is with a heavy heart we announce the passing of our amazing mum, Gwyneth Guthrie. She passed peacefully on Tuesday at home and was surrounded by her loving family. She will be playing to her next audience in Heaven.” – Guthrie family statement

Born in April 1936 she was ‘aged up’ at least ten years for her role in the serial which followed the lives of the residents of village Glendarroch. Launched on the ITV network in 1980 it was one of three serials making their debut in the afternoon schedules, however, it was the only one to run the course. Southern Television’s Together departed after two series and HTV’s Taff Acre departed after one initial run.

In 1982 Gwyneth auditioned for the role of the vicar’s housekeeper, expecting the character to be somewhat ‘tea and sympathy’ rather like Barbara Mullen’s character in Dr Finlay’s Casebook, however, Mrs Mack was quite the opposite. Bringing the character to life with tasteless hats, shapeless pinnies and dubious patterned frocks along with lowering her voice to levels that could compete with Coronation Street’s Jill Summer as Phyllis Pearce, she like her Corrie counterpart was steeped in gossip. 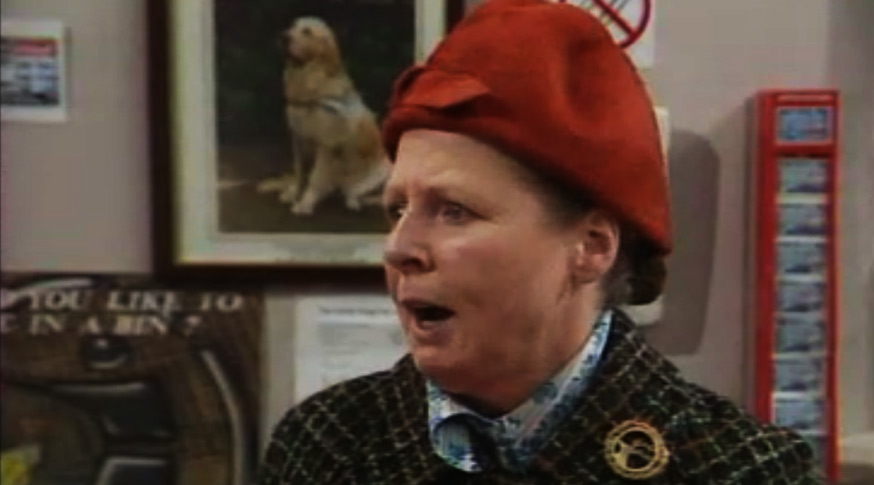 The character was worlds apart from Guthrie, who noted she had seen ‘many Mrs Mack types’ in Scotland with their ‘wee shopping bags, hats and raincoats’ and used those she knew to devise the busybody. Mack always had the urge to interfere, for their own good of course, in everyone else’s business. She was the middle of three sisters and the character introduced when her eldest sister Lizzie Frazer gave up the job of housekeeper for Vicar McPherson, with Mrs Mack taking over the role. Widowed, she would often talk of the virtues and wise words her late husband Hector brought to her life – although it appeared he preferred much time away from her, spending many hours in his greenhouse – where he died. Gwyneth appeared in the programme as a regular from 1982 until the series’ final episode in 2003.

Gwyneth took to the stage at the age of four in amateur productions. In 1947 she made her professional debut on BBC Radio as part of the ‘Scottish Children’s Hour’. This led to several other roles on the Scottish BBC Radio service. However, while her mother was thrilled with her daughter’s acting ventures her father – a strict manager of a Clydesdale Bank – said she needed more than one skill, in case the acting work dried up. She enrolled at Skerry’s Secretarial College in Glasgow and worked in an office for a period of time.

The buzz of the stage and broadcasting however was something Gwyneth couldn’t give up and she auditioned for The Royal Scottish Academy of Music and Drama. It was here that she won The James Bridie Silver Medal, leading to much work with Repertory Theatre and a return to Scottish radio dramas where she has played everyone from Edith Piaf to Queen Mary of Scots. She appeared at the Edinburgh Festival reading poetry and television roles have included in programmes such as Sutherland’s Law, Hill O’ the Red, The Prime of Miss Jean Brodie and Degree of Uncertainty to note just a few. Feature films include Years Ahead and Privilege.

It however will be Mrs Mack – and latterly her glamorous younger sister Florence Crossan – in Take the High Road that Gwyneth will be best remembered, with the programme proving a success once more on the STV Player service as well as selected episodes on BritBox UK. 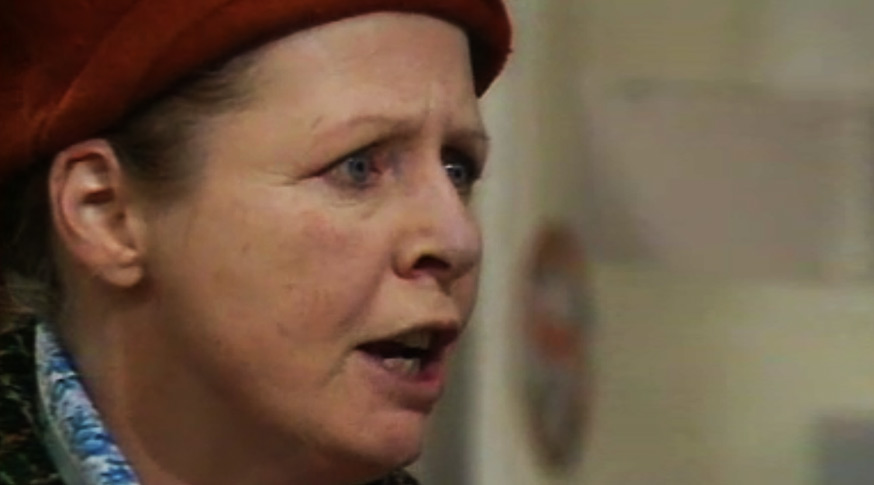 Gwyneth married businessman John Borland in 1959, they lived in a 16th-century farmhouse near Kilmarnock and had three daughters, Karen, Debbie and Olwen. It was at one time noted as the highest dairy farm in Scotland. In 1987 Gwyneth hit the headlines when she collapsed on the set of High Road, the six-day-a-week schedule seemingly getting the better of her and in 1990 she was rushed to hospital from the Pavillion Theatre in Glasgow with a suspected heart attack while appearing in panto Cinderella. These moments showed that while Mrs Mack may have been ‘hated’ Gwyneth was much-loved – with 1000s of get well cards on both occasions sent to STV’s studios at Cowcaddens.

“We are so saddened to hear the news about Gwyneth Guthrie. For 20 years, Gwyneth played the iconic character of Mrs Mack in Take the High Road, bringing her own wonderful comic timing and dramatic flair, which made her beloved across the UK. Our thoughts and sympathies are with her family at this sad time.” – Bobby Hain, managing director of broadcast at STV

Earlier this year fellow Take the High Road actor Alec Monteath passed away aged 79. The actor died in March however details were not made public until November. In High Road, Alec played Ardvain crofter Dougal Lachlan. Alec’s love for performing was established from an early age and he made several appearances in school plays, later while at McLaren High School also heading debating society forums as well as a leading force in their dramatic arts.

While performing was always a love, he thought it would remain an amateur side to his life. Opting to become a dentist, training in this profession at Glasgow University. A year into his dental training he had the urge to head back to the world of theatre and inquired about courses at The Royal Scottish Academy of Music and Drama. A week later he auditioned and was given a place. On leaving the academy he joined The Citizen’s Theatre for a season playing in productions including Othello alongside Iain Cuthbertson. 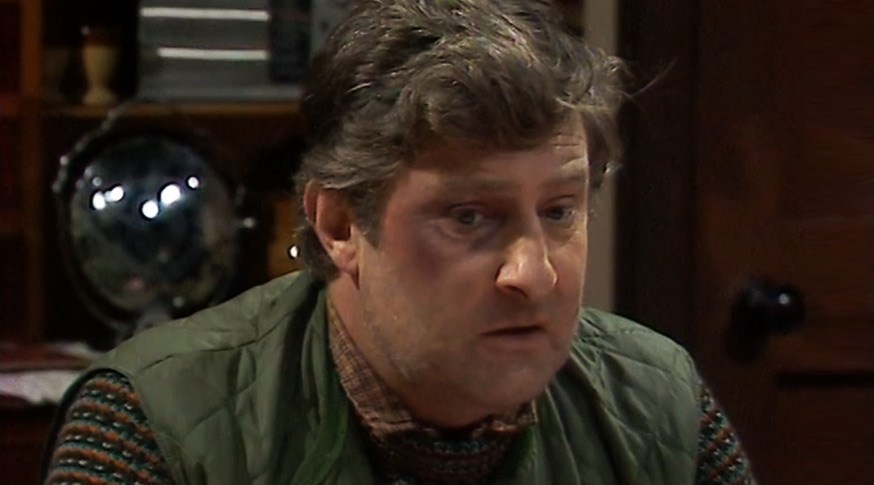 On television he became a continuity announcer with Scottish Television in Glasgow, later switching to BBC Scotland. In total spending 12 years introducing programmes (five with STV, seven with BBC). It is noted in the history of STV that one occasion saw Alec talking to viewers for over seven minutes when a power fault at a live outside broadcast meant that programme failed to come to screens. He ‘waffled on’ until STV found a filler show to air.

After leaving the continuity booth to return to theatre roles, he was offered occasional television drama parts including in productions such as The Omega Factor and Bothwell. He joined Take the High Road in 1979 as the production swung into operation, appearing in the first edition and regularly until 1992. Alec was Scottish representative on the Equity Council for 10 years from 1984 to 1994 and in more recent times he was an award winner for the one-man show about the life of the actor-manager Charles Macklin. He took the show to the Edinburgh Festival, to London and to Macklin’s homeland of Ireland.

Alec married Linna Skelton in 1964 and they had two sons, David and Alasdair. His son David followed in his dad’s footsteps and has appeared in Coronation Street, Endeavor, Shetland and High Road. He also works as a voice-over artist and narrator.