The names join Helen Woolf for the 2022 cast.

Wicked, the West End and Broadway musical phenomenon that tells the incredible untold story of the Witches of Oz, has announced Lucie Jones (Elphaba), Ryan Reid (Fiyero), Sophie-Louise Dann (Madame Morrible) and Gary Wilmot (The Wizard) will lead the new London cast at the Apollo Victoria Theatre from Tuesday 1 February 2022.

They will join Helen Woolf, who returns from maternity leave to continue her acclaimed performance as Glinda, Carina Gillespie (Nessarose), Nicholas McLean (Boq), Simeon Truby (Doctor Dillamond), Amy Webb (Standby for Elphaba) and Charli Baptie* (Standby for Glinda), who all continue in their starring roles.

“We’re thrilled to announce that the new cast of Wicked from 1 February 2022 will be led by the sensational Lucie Jones as Elphaba, West End ‘Dreamgirls’ star Ryan Reid as Fiyero, two-time Olivier Award nominee Sophie-Louise Dann as Madame Morrible and Gary Wilmot – whose prolific 40+ year career has made him one of the UK’s most popular actors and entertainers – as The Wizard.

“They will join Helen Woolf, who returns from maternity leave to continue her acclaimed performance as Glinda, together with 17 current cast members who continue with us, including Carina Gillespie as Nessarose, Nicholas McLean as Boq, Simeon Truby as Doctor Dillamond, Amy Webb as Standby for Elphaba and Charli Baptie as Standby for Glinda.” – Wicked Executive Producer (UK) Michael McCabe 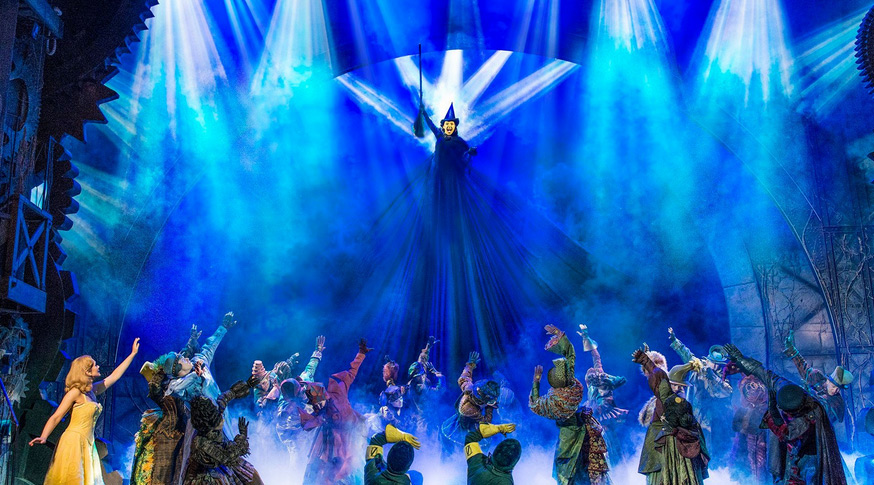 Lucie Jones (Elphaba) is an award-winning actor and solo artist. Born in the Welsh village of Pentyrch, Lucie first came to national prominence as a finalist in ITV’s The X Factor in 2009, mentored by Dannii Minogue. Ryan Reid (Fiyero) trained at ArtsEd, graduating in 2013. He was in the original London cast of Dreamgirls, directed by Casey Nicolaw, subsequently taking over the leading role of ‘Curtis Taylor, Jr.’.

Sophie-Louise Dann (Madame Morrible) is a two-time Olivier Award nominee. Her many starring roles in the West End include ‘Celia’ in Gary Barlow and Tim Firth’s musical The Girls. Gary Wilmot (The Wizard), the much-loved actor, singer, comedian, impressionist and presenter, first came to national prominence on the popular ITV show New Faces in 1978.

Already the 9th longest-running musical in West End theatre history, Wicked has been seen by more than 10 million people in London alone.

Based on the novel by Gregory Maguire, Wicked imagines a beguiling backstory and future possibilities to the lives of L. Frank Baum’s beloved characters from The Wonderful Wizard of Oz and reveals the decisions and events that shape the destinies of two unlikely university friends on their journey to becoming Glinda The Good and the Wicked Witch of the West.