The exciting new music group marries the famous sound of Sister Sledge with the fresh identity of the next generation of the iconic family’s explosive talent, alongside multi-award-winning founding member Debbie Sledge.

Sister Sledge ft. Sledgendary is a unique family affair. The group fuses the best of the iconic soulful sound which shot Sister Sledge to global fame with the vibrant energy and electrifying talent of a dazzling new ensemble featuring Debbie and Joni Sledges’ children.

The group have united to breathe new life into the ‘We Are Family’ mantra, buoyed by their perfectly complimenting R&B, jazz, funk and pop influences. The dynamic group consists of Debbie Sledge her daughter Camille Sledge her son David Sledge nephew Thaddeus Sledge the son of the late Joni Sledge, and talented vocalist Miss Tanya Ti-et who has performed with Debbie for close to a decade.

Sister Sledge ft Sledgendary are now ready to take the world on with their new look line up consisting of Debbie Sledge; One of the original sisters who formed the iconic Sister Sledge, Debbie Sledge continues to enjoy a stellar career spanning over 50 years of international success at the height of pop, R&B and disco culture. 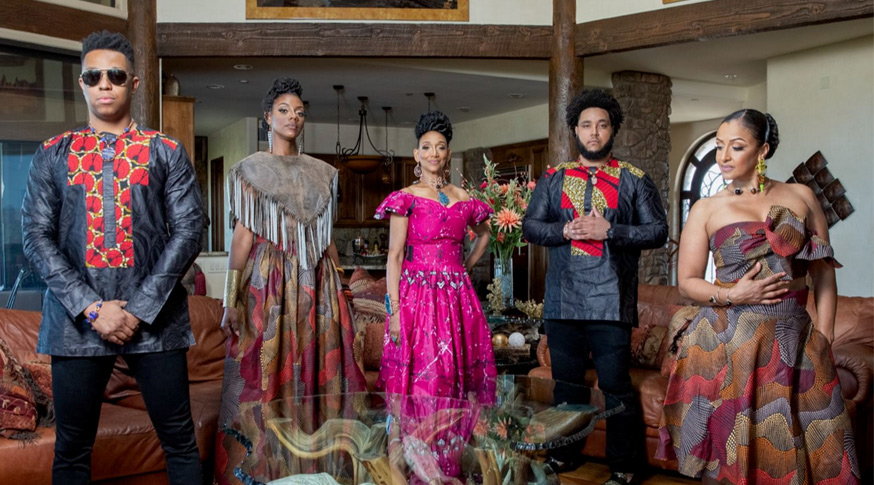 Camille Sledge: An explosive talent, singer and songwriter, Camille has performed alongside her mother her entire life and is also the lead vocalist for the highly praised Phoenix Afrobeat Orchestra in Arizona. She has also provided lead vocals for the famed Niels Lan Doky jazz Collective in Denmark and released a debut solo soul/Hip Hop fusion EP in 2021.

Thaddeus Sledge: Like his late mother late Joni Sledge, Thad is a powerhouse performer and is proud to carry his mother’s iconic legacy with his distinctly soulful voice and charismatic presence. He is also currently performing a series of jazz-influenced solo concerts in Copenhagen.

David Sledge: The group’s “Greatest Dancer”, David has performed all over the world and has along with his family, opened for musical legends such as ABC, Earth Wind and Fire and Bruno Mars. Also a songwriter and producer, David is currently working on R&B/ House material for release this year.

Tanya Ti-et: The insanely talented, native New Yorker, Tanya “Tee yay” has been working with Debbie Sledge for a decade as a vocalist with Sister Sledge. Along with original members, Joni Sledge and later Kim Sledge, Tanya (affectionately dubbed “Ms Tee”) has toured the world performing at some of the planet’s most prestigious venues. Today, she’s an integral member of the family and co-writer of many of the upcoming releases for 2022.