Heineken 0.0 Draught to go on tap in the pubs of Coronation Street and Emmerdale.

“We’re really pleased to be able to put a non-alcoholic beer pump on the bar of our iconic soap pubs, The Rovers and The Woolpack. We all know that we need to be more aware of how much we drink. This new non-alcoholic beer pump from Heineken will be a gentle reminder that there are great, modern, thirst-quenching alternatives to having one too many pints of Newton and Ridley.”

From Friday 29th April real Heineken 0.0 Draught taps will be on the bars in the ITV pubs, the Rovers Return Inn of Coronation Street and The Woolpack in Emmerdale. They will sit alongside fictional beers like Newton & Ridley and Ephraim Monk for publicans Jenny Connor and Charity Dingle to pull on-screen pints for the next year.

“In light of people’s evolving lifestyles and changes to their relationships with alcohol, we’ve done a lot to raise the profile of Low and No beer in recent years – this is the next phase. We are totally committed to bringing Low and No beer from the periphery into the mainstream. 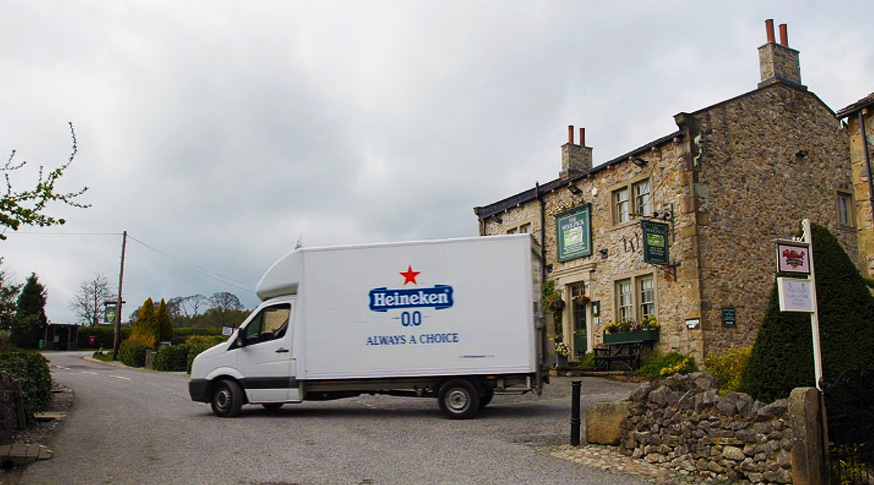 “Coronation Street and Emmerdale are British institutions and both shows have huge influence and cultural currency. From April 29th people are going to tune in to Coronation Street and Emmerdale and see 0.0 taps on screen. They’re going to see landlords they love pull pints of alcohol free beer, and see their favourite soap characters drink it. We’re very confident that this partnership is going to have a massive impact in terms of helping to normalise alcohol free beer.”

With a combined viewership of 11 million and massive influence over popular culture, the deal is expected to help break down stigmas and encourage people to explore the category as drinking habits continue to change.

The move follows on from the launch of Heineken 0.0 Draught in a cohort of British pubs last year, dovetailing the national roll-out of the beer into hundreds of pubs throughout 2022. The deal is also in alignment with Heineken’s ‘Always a Choice’ promise and its ambition to have as many Heineken 0.0 Draught taps as there are Heineken Original taps in British pubs and bars by 2025.

“This partnership has the opportunity to make huge changes in public perception of alcohol free beer. The great British pub plays a key role in many of our lives, including the residents of Coronation Street and Emmerdale, so being able to head down to the local and have a pint of alcohol-free beer with friends and family means more people can be included and enjoy time together whilst drinking mindfully.”