Maybe we could start a regular suggestions page for ‘things Gemma Collins is actually useful for’ as it seems most of her ‘ventures’ of ‘talent’ fall flat on her huge arse. Anyway, this week the self-titled ‘diva’ (more divvie / spoilt brat combo), Collins was revealed to have been replaced by Brenda Edwards in the stage show Chicago after having to pull out due to, we’re told, a knee injury. The world of musicals has seemingly had a lucky escape for now…

“Given her track record with animals, several of whom have died in her ‘care’, it would be irresponsible and reckless for Katie to be allowed to acquire another one,” – PETA

Peter Kay is reportedly set to embark on a huge UK-wide arena tour next year, reported Heart Radio. The comedian who starred in series such as Phoenix Nights and Car Share will return to live gigging after nearly fifteen years. The report suggests he will be aiming to appear at ‘top venues’ across the UK.

In 2017 Peter was due to embark on a 100 gig tour, however, had to pull out due to personal reasons.

Laurence Fox was ordered to pay thousands in legal fees after calling several people on social media ‘paedophiles’. The actor is being sued for libel by ex-Coronation Street regular Nicola Thorp as well as drag artist Crystal and Simon Blake, a former Stonewall trustee. The trio, it was reported, had suggested Fox was ‘racist’ for views on Black History Month, he retaliated with the comments that now see him having to for out £36,000, after losing his bid for a jury to hear the High Court battle. Fox is counter-suing over the comments made towards him.

It has been confirmed today that popular actress Patricia Brake has died aged 79. The performer is best known for her roles in Porridge and Eldorado.

One of her earliest roles was in ATV medical twice weekly drama Emergency Ward 10 as Nell Ritchie with many other roles across the sixties and seventies including in shows such as Rediffusion’s Home Tonight, ATV’s Love Story and BBC TV’s Z Cars. In 1975 she joined the cast of Emmerdale Farm as Sarah Foster but it was as Ingrid Fletcher in BBC One sitcom Porridge that gave her the biggest fame in the decade. Patricia featured as the daughter of Norman Stanley Fletcher in the Ronnie Barker led show. She also reprised the character for its sequel Going Straight.

There was another comedy role in ATV’s sitcom A Sharp Intake of Breath appearing opposite another comedy icon, David Jason. Film roles included in My Lover, My Son (1970), The Optimists of Nine Elms (1973) and Love/Loss (2010). In the 1990s she was again well known for her part in the sunshine soap Eldorado as Gwen Lockhead and in more recent times played guest parts in series such as EastEnders, Coronation Street, Casualty, Midsomer Murders, Manhunt and Doctors.

After leaving The Bristol Old Vic Theatre School, Brake’s first acting roles were with the Royal Shakespeare Company where she performed alongside such colleagues as Judi Dench, Diana Rigg, Ian Richardson and Ian Holm. Brake had three children, Hannah, Jon and Angus. Patricia passed away after a ‘long illness’ her family confirmed. 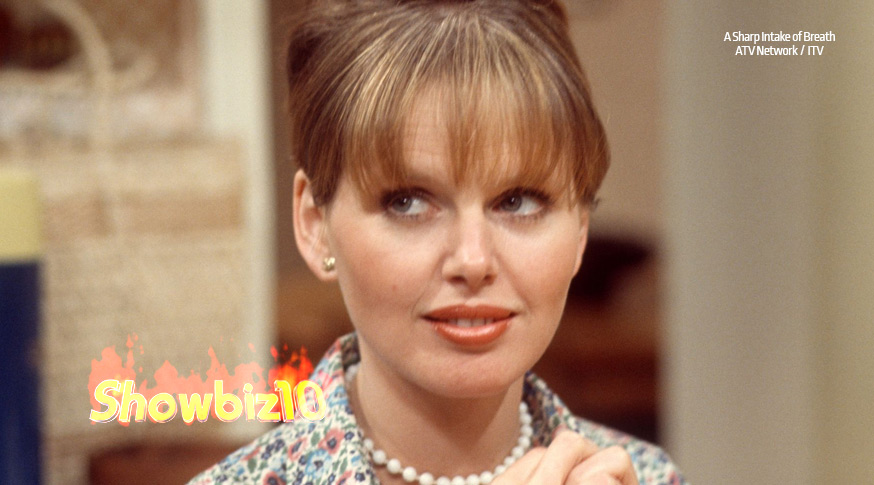 Felicia will play Faye Treadwell, the legendary manager of The Drifters, who, alongside her husband, fought for three decades to turn Atlantic Records’ hottest vocal group into a global phenomenon.

Felicia is a multi award-winning star, including an Emmy Award winner and Grammy Award nominee for Jesus Christ Superstar Live. Her Broadway credits include Motown The Musical, Shuffle Along and Memphis, the latter of which saw her win her second Helen Hayes Award.

The Drifters Girl has been thrilling audiences since beginning in Newcastle in October 2021. The show transferred to London in November 2021, and has continued to play to packed houses and nightly standing ovations. It is booking through until 12 February 2023.

Depeche Mode has announced that their keyboard player Andy Fletcher died at the age of 60. RTÉ News reported that Andy was ‘a founding member of the band, who have hits including Enjoy The Silence, Just Can’t Get Enough and Personal Jesus, Fletcher had been making music since the 1970s.’

In a statement the band said:

“We are shocked and filled with overwhelming sadness at the untimely passing of our dear friend, family member and bandmate Andy “Fletch” Fletcher. Fletch had a true heart of gold and was always there when you needed support, a lively conversation, a good laugh or a cold pint. Our hearts are with his family and we ask that you keep them in your thoughts and respect their privacy at this difficult time,”

Rula Lenska, best known to TV audiences for roles in ITV’s Rock Follies, Coronation Street and as a contestant on Channel 4’s Celebrity Big Brother is the latest cast member to be confirmed for the upcoming tour of The Best Exotic Marigold Hotel.

Paula Wilcox was previously announced to join the cast but has had to withdraw from the production due to scheduling.

The news anchor and reporter for ATV Today in the seventies and sports reporter for Central Television’s news offering in the eighties and nineties was most recently part of the team on Jeff Stelling’s Sky Sports show Soccer Saturday. Between 2015 and 2017 Bob was Head of News and Sport at Big Centre TV, a local television service for the Birmingham area.

ITV published details of their extended duty of care protocols, ahead of the forthcoming eighth series of ITV2 and ITV Hub’s Love Island.

Extensive welfare measures remain in place to provide support to programme participants before, during and after filming. Ahead of this series, contributors on the show will be offered video training and guidance covering inclusive language around disability, sexuality, race and ethnicity, behaviours and microaggressions.

A full overview of the welfare service offered to islanders includes:

Amanda Owen ‘The Yorkshire Shepherdess’ to appear at The Game Fair