Acting heartthrob Sam Robertson best known for his role in Coronation Street as Adam Barlow is the latest to depart the Celebrity Big Brother house.

Tonight Sam was the second housemate to be evicted this series. On Wednesday night, Big Brother called the nine celebrity housemates to the sofas to nominate face-to-face. They were asked to name the two housemates that they wanted to face the public vote. As a result, Sam and Ryan faced the public vote.

Sam told host Brian Dowling, “I’m delighted to be out! It’s been fun but I’ve had enough.” He added, “I was bored most of the time.”

Sam thinks his fellow housemates will be relieved that Heidi and Spencer are going back in the house rather than Paula. 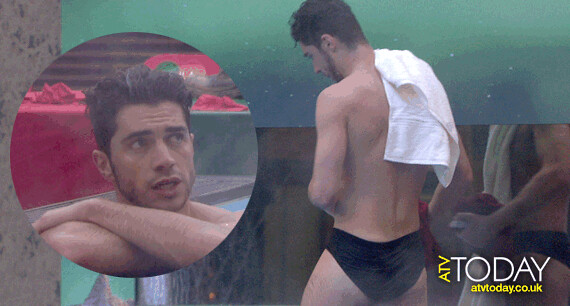 Heartthrob Sam may be best known for his time on the cobbles however as well as Corrie, Sam has appeared in BBC Scottish soap River City, Sky One’s The Match and E4’s Beaver Falls.

Sam’s boyish good looks saw him modelling to help pay his way through University. Of his modelling days, Sam admits: ‘I had long hair and thought I was Liam Gallagher.’

Taking the model-turned-actor route, Sam joined the cast of Corrie having never acted before: ‘I was 18 and I’d not done any acting whatsoever. I went along to the audition and after a couple of call-backs I got it. So that was me, going from being a student with no acting experience to suddenly being on the set within six weeks.’

Sam left the soap after three years because he felt he had become ‘public property’. He worked on his acting and came back in 2009 as Flynn in teen comedy drama Beaver Falls. His character had many saucy scenes with the boss’ wife, played by the beautiful Alison Doody. Of his sex scenes, Sam said: ‘My character gets a lot of action and I wasn’t complaining!’

Keeping to the cougar theme, Sam says ‘Most guys in their twenties fancy older women. Don’t get me wrong, there has to be something more than just being older! They have to be super-hot too. But I think most guys our age think about it.’

Despite being linked to Miss Scotland (Katherine Brown), Sam says that he finds Scottish girls ‘feisty’ noting that the girls in Glasgow are ‘weird’. In his words darlings. ‘You have to watch what you say, how you’re looking at people.’