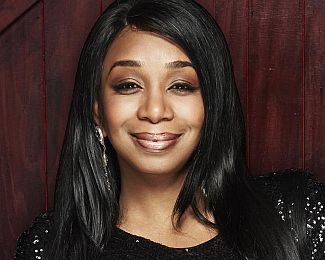 Tiffany Pollard became hysterical in the Celebrity Big Brother house yesterday (11 January), after believing she had been informed of David Gest’s death.

The situation – seen on tonight’s (12 January) highlights – unravelled after Angie was informed by a producer off-camera of her ex-husband David Bowie’s death. Angie reacted to the news to Big Brother in the Diary Room:

“I’m fine. I think I’ll feel better if I cry, but I can’t cry at the moment. I haven’t seen him in so many years, I can’t make a big drama out of it; I just feel like an era has ended with his passing. I’m so very sad.”

She added that she would prefer to remain in the house to avoid speaking to the press.

John Partridge and David Gest were summoned to the Diary Room to support Angie, who indicated that she would like to keep a lid on the news. However, after returning to the house and being separated from John and David, she was quick to notify Tiffany of the news telling her “David’s dead.” The American reality star immediately assumed Angie was talking about their fellow housemate and became hysterical, causing a commotion among housemates, before Danniella clarified that Angie had meant her ex-husband.

Later, Tiffany was defensive after being joined by John, Jonathan and Gemma in the bathroom. John explained that her behaviour had freaked people out, but Tiffany accused them of ganging up on her. John told her the situation could result in people leaving the house because of her. Tiffany replied, “Well that’s too bad!” and stated that she won’t be apologising to Angie or leaving the house herself. Tiffany was then called to the Diary Room.

“I’m ready to go! I’m f*cking leaving! This whole house has a problem with me! They will have to get me evicted, I’m not just going to walk off, I’m not a quitter! I didn’t do anything,” Tiffany fumes in the Diary Room.

A calm Tiffany returned to a cold reception in the house, and was joined by Nancy in the bedroom. She admitted to misunderstanding what Angie had told her. Christopher proposed a meeting to resolve things, with John and Kristina unenthused by the idea. Gemma later spoke to Tiffany and advised her to make more of an effort around the house. Tiffany apologised to Angie, who accepted with a hug. 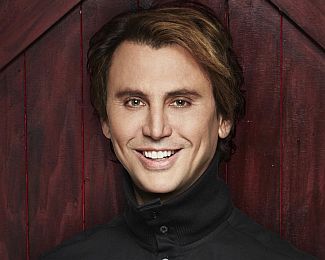 “My time here has now expired. I’m not really into fighting, Tiffany is insane! It’s getting down and dirty and there’s a bad vibe in the house. I felt so bad putting Nancy in incarceration; it felt like I sent my mum!” He continues he doesn’t want to get anxious or claustrophobic, and feels like it’s time for him to go. – Jonathan