Haenow, from Croydon, auditioned in Newcastle Upon Tyne for the eleventh series of The X Factor. After singing Bill Withers’ Ain’t No Sunshine in his room audition, he proved popular with all the judges, none saying no, and progressed through to the arena auditions. He sang The Rolling Stones’ Wild Horses at the arena and progressed to the bootcamp stage. Haenow was placed in the Over 25s category and was mentored by Cowell for the remainder of the series.

Haenow won the ITV search-for-a-singer contest in 2014, beating Fleur East in the finale public vote. The star-studded grand final took place at Wembley Arena in-front of an audience of 10,000 fans. Following his television talent show success his ‘winners single’ Something I Need, peaked at number one in the UK singles chart.

In January 2015 he was signed up to X Factor judge, and executive, Simon Cowell’s Syco record label. His debut album the self-titled Ben Haenow, was released in November last year, peaking in the UK album chart at number 10. The first single released from the album, Second Hand Heart – a duet with Kelly Clarkson, peaked at number 21 in the UK singles top 40.

In an announcement posted online the 31-year-old said:

“So I wanted to let you all know directly from me, that after what has been the most incredible experience working on my debut album, myself and Syco entertainment have decided to part ways… Working with The X Factor and Syco has been the most amazing time of my life and has given me the best possible platform for the start of my career. I have the upmost respect for them both and cannot thank them enough for all the help and everything they have done for me this past year.

“However, after discussions with the Syco team we both felt it was the right time to move on. I am very excited about this next chapter. I’m already writing and in talks about about the next album” – Ben Haenow

Ben’s win in 2014 was the first time Simon Cowell has been the winning mentor since 2006. In that year he won with Leona Lewis and had Ray Quinn as runner-up.

Others dropped from Syco after winning The X Factor include Leon Jackson, Steve Brookstein and James Arthur. William Hill offer 5/1 that 2015’s winner, Louisa Johnson, is unceremoniously dropped before the end of 2016. Viewing figures have plummeted in recent years and coupled with a number of winners failing to even reach the top 40, it is 6/1 that the 2016 series is axed.

“There has been a growing voice suggesting that the X Factor should at the very least be given a rest. The fact that the winner from just 12 months ago has already been dropped is only going to add fuel to that fire.” – William Hill spokesman Joe Crilly 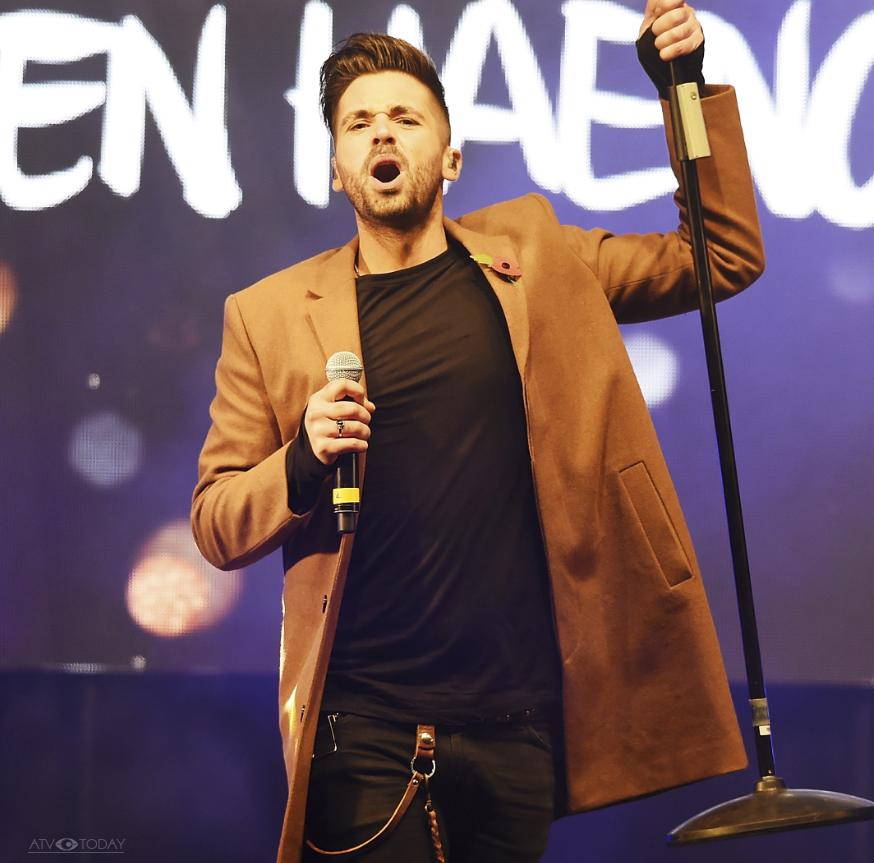 Pictured: Ben at the Oxford Street Christmas lights switch on in December 2015.