Viewers watched the Hollywood pair in the Big Brother diary room demanding to speak with producers and their lawyers following a confrontation with Neil ‘Razor’ Ruddock last week. ATV Today has since learnt that the pair did leave the house for a short period and spoke to the shift producer at the time. 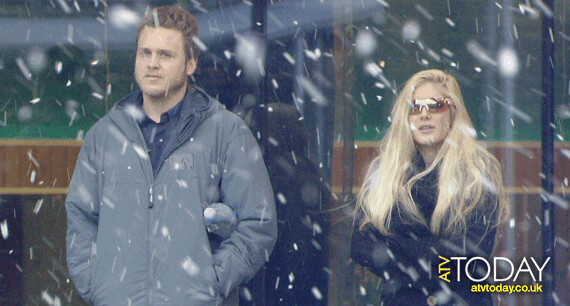 The pair agreed to enter the house if they could go back into the basement where they had been for 48 hours during their secret task. Fans of the show have accused Big Brother of giving the married couple special treatment. Big Brother has since decided that they should return to the main house following the cool-down period. They were saved by the British public last night as Lacey Banghard became the latest celebrity to be evicted.

The arguments occurred last Friday after Heidi and Spencer re-entered the main house following their ‘escape’ a few days earlier during a secret task. They were then given access to a live stream in which they heard all the housemates talking about them and their relationship in a negative way.

Big Brother called Razor to the diary room several times and finally give him a formal warning about his behaviour. He apologised to the couple immediately after his outburst.

The task last week was similar to that of the Bedsit which caused the ‘Big Brother Fight Night’ in 2004. Back then contestant Emma Greenwood was thrown out of the house and several other housemates given official warnings. Police were also called to the house following calls from concerned viewers.

Big Brother producers have insisted that security are always on stand-by near the exits of the house in-case of such incidents.