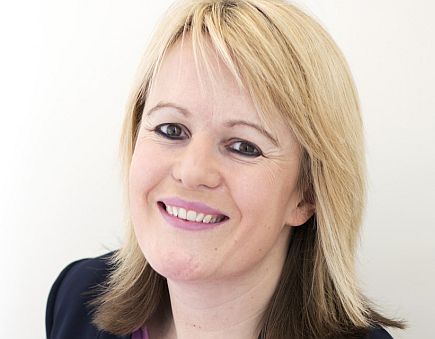 The role will see Kate assume responsibility for entertainment commissioning across the corporation’s visual services (One, Two and Four) and online outlets (iPlayer and Three), maintaining the success of existing hits and unearthing new ones.

Her slate includes Strictly Come Dancing, the newly announced Let It Shine, panel formats such as Have I Got News For You and Would I Lie To You?, factual entertainment commissions such as The Apprentice, Dragons’ Den and Top Gear, and events including Children in Need and Eurovision Song Contest.

The role replaces Mark Linsey, who is now Director of BBC Studios.

“Kate Phillips brings an enormous wealth of experience and a fresh, dynamic approach, which makes her perfectly placed to lead BBC entertainment commissioning into the future. Having worked across channels and most recently for BBC Worldwide where she has overseen formats across the globe, she has entertainment running through her veins and I’m very excited about her ambition to create distinctive, game-changing hits across the whole of the BBC portfolio.

“I would also like to take this opportunity to say a big thank you to Alan Tyler for his commitment and passion while covering the role in an acting capacity for the last eight months.” – Controller of TV Channels, Charlotte Moore

Kate has been responsible for an extensive formats catalogue of more than 200 titles, including popular entertainment formats such as Top Gear, Strictly Come Dancing, The Great British Bake Off and The Great British Sewing Bee, alongside scripted formats Luther and The Office whilst at BBC Worldwide.

Kate previously worked as a Channel Executive for BBC One and BBC Three and has also been Head of Development for Children’s BBC and BBC Entertainment. She previously produced factual, comedy and entertainment shows for broadcasters and was a co-owner and Director of Mast Media. Kate also created and ran the successful BBC training scheme Future Formats and resided as the BBC Formats Representative on the European Broadcast Union. In this role, she helped devise and establish the annual Creative Formats Forum in Berlin.

“The BBC has some of the biggest entertainment brands in the world, and close collaboration with our creative community, containing the world’s leading producers, is the key to building that slate. Entertainment matters to our audiences and will always be at the heart of the BBC. Helping to create stand-out content that viewers, producers and the BBC can be proud of will always be my goal.” – Kate Phillips

She takes up her new role on Monday 5 September.