The pair triumphed over Louise Redknapp & Kevin Clifton and Danny Mac and Oti Mabuse to take home the glitterball trophy in tonight’s grand final of the beeb’s celebrity dancing competition.

“I love you [Joanne] with all my heart. I’m so speechless. This has been the most incredible experience of my life – I’ve learnt to dance, made a best friend, and been on a show that I’ve loved for 12 years.” – Ore Oduba

The 135 minute long series’ swansong saw the three finalists take on a routine selected by the judges, a no-holds-barred show dance, and their own personal favourite dance of the series.

Ore and Joanne performed their American Smooth to Singin’ in the Rain again at the behest of the judges, while their chosen dance – their jive to Runaway Baby – was preceded by a show dance to I Got Rhythm.

Louise and Kevin were tasked by the judges to re-perform their Cha-Cha-Cha to Flashdance… What a Feeling, which was followed by a show dance to One Moment in Time and their Argentine Tango.

Danny and Oti’s judges choice was their Quickstep, after which they performed a show dance to Set Fire to the Rain and their Samba to Magalenha.

The result was then announced with an emotional Ore lifting the glitterball trophy with Joanne.

Louise: “It’s been an amazing experience. I’ve made amazing friends and had the pleasure of dancing with Kevin.”

Danny: “I’ve made no secret about this being one of the best experiences of my life. It’s incredible [and] I’m so glad I’ve done it. Oti has brought out the best in me. I’m so grateful to everyone who voted.”

Tonight’s final show also featured Emeli Sandé performing Highs & Lows, while the Strictly Class of 2016 took to the floor for one last dance.

Among the VTs that pierced the live action was a touching send-off to Len Goodman who announced his retirement from the series earlier this year.

Strictly Come Dancing will return to BBC One on Christmas Day with its annual festive special. 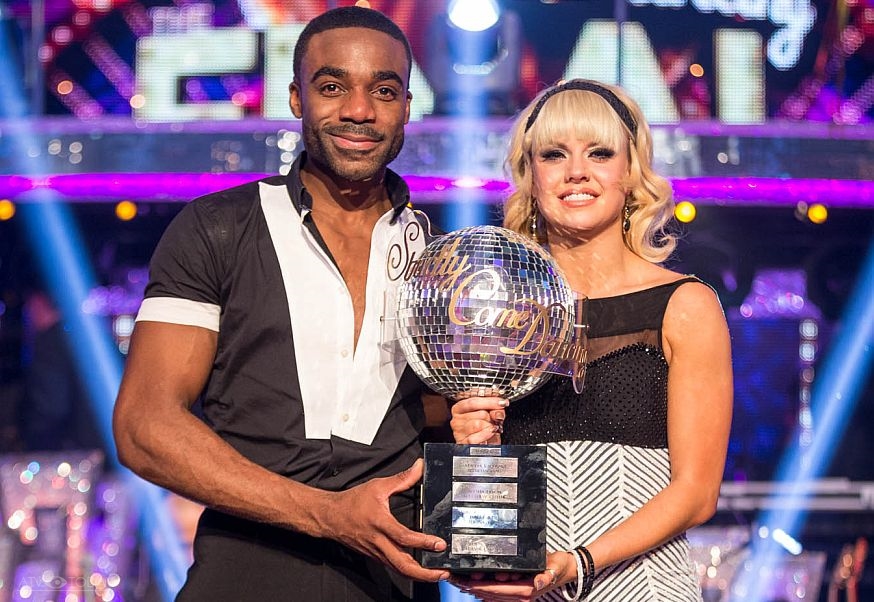