“All the awards and praise Emmerdale has gained over the past couple of years says it all, ‘Enders just hasn’t been able to compete.” – TV critic Vivian Summers

While the BBC Press Office put their usual ‘happy’ spin on the situation, EastEnders’ has failed to live up to its past glories in recent times with ratings, viewer appreciation and awards all lacking for the production.

BBC Press’ PR machine has been in action giving more spin on the situation than Dot Cotton’s launderette tumble dryers. ‘Sean O’Connor is stepping down as Executive Producer of EastEnders to concentrate on his feature film career at Camberwell Productions’, the beeb note, adding that John Yorke steps in as Creative Director on a temporary basis. He will lead the editorial vision for the show and will shortly appoint an executive producer to oversee the day to day management to work alongside him; a telling statement from the beeb, as usually the successor is already well planned for before the current producer steps aside on any soap opera.

“I want to thank Sean on behalf of the BBC for the work he’s done on EastEnders, and we wish him all the very best for the future. John Yorke is a creative force in the industry who is passionate about EastEnders, he brings a wealth of experience to the show and will ensure it’s in safe hands while we start the process to recruit a permanent replacement.” – Piers Wenger, Controller BBC Drama 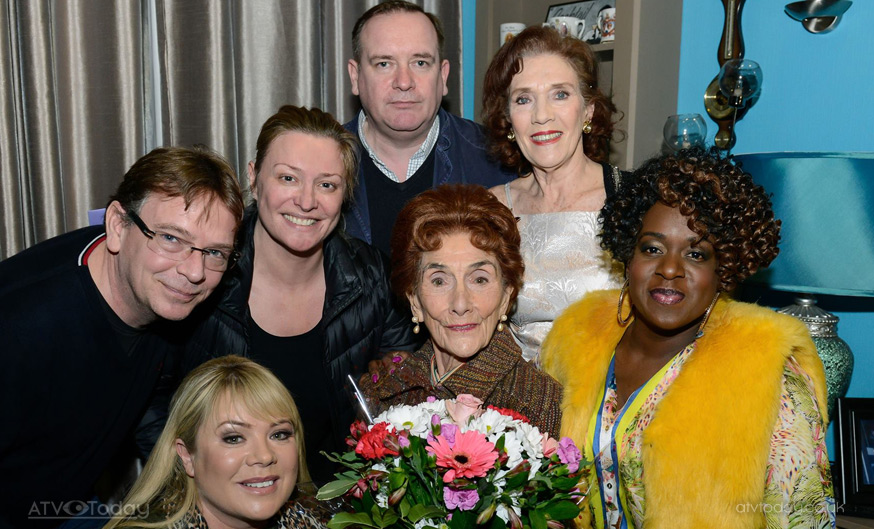 It isn’t the first time a soap opera has found itself in crisis following the arrival of a boss from radio soap The Archers. While William Smethurst brought the radio drama huge praise and listening figures the late executive failed to bring the same kind of success to Central Television’s serial Crossroads. Smethurst took over the programme in December 1986, with it axed in the summer of 1987. Falling ratings were placed as the blame after William began changing the soap, which had been started by ATV under Reg Watson in 1964.

“Hopefully the departure of the latest ‘Enders boss will set the show back on the right track, and we can only hope a professional level is restored from the top of EastEnders right down to the lowly least important areas, such as their press office, who also seem to have issues with quality.” – TV Critic Vivian Summers.

Sean O’Connor joined EastEnders in Spring 2016 after an 11-year gap, having worked on the programme as director, producer and story producer previously. He has also produced Thames Television’s Family Affair for Channel 5, Lime Pictures’ Hollyoaks for Channel 4, Thames Television’s Minder for ITV and Shed Productions’ Footballers’ Wives for ITV. O’Connor was Editor of The Archers from 2013-2016 and was responsible for the sensational domestic abuse story of Helen Archer by Rob Titchener.

William Smethurst went from The Archers to Crossroads, and swiftly saw it axed from TV.