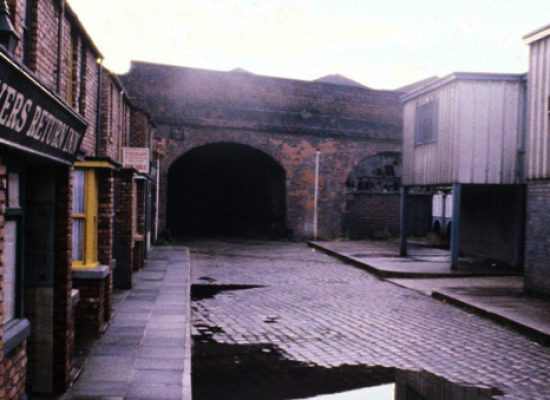 ITV has released a video of the best bits from Coronation Street, as the show gears up for its 50th anniversary in December.

No new series for The Inbetweeners

The Inbetweeners is set to finish with a movie and a special episode because the actors are getting too old.  The Sun newspaper has apparently spoken with co-writer of the show Damon Beesley who said “I don’t anticipate there being another series of them at school. We’ve got a movie in the pipeline, where they are going away on their first holiday together without their parents – which is obviously

Katy’s Sesame Seeds Too Much For Street

Children’s favourite Sesame Street has decided to cut out the section in which singer Katy Perry appears with Elmo.       Katy Perry, who is best known for her hit single ‘I Kissed  A Girl’ and being engaged to Russell Brand, had filmed her part on Sesame Street singing her song ‘Hot and Cold’ with character Elmo. The video was posted online. It has been removed from the

The perils of not having access to a social networking site highlights just how reliant we have become on sites like Facebook to communicate with each other.   Facebook is experiencing severe problems tonight, leaving many users unable to gain access to the site. Using Twitter, often seen as a rival, they posted the following “Facebook may be slow or unavailable for some people because of site issues. We’re working to fix

Carmella and Oliver return to Neighbours

Former Ramsay Street residents Carmella and Oliver are set to return to the show for a two week stint. Actors Natalie Blair and David Hoflin are to reprise their roles as Carmella and Oliver in Neighbours albeit for a limited period of time. Their return will coincide with the demise of a ‘controversial couple’. The pair last appeared in the soap in 2008. Executive producer Susan Bower told the official Neighbours website in Australia “It’s

The Office for National Statistics have released details of a survey which suggests out of the 450,000 adults in the UK questioned 1.5 per cent of them were willing to identify themselves as gay, lesbian or bisexual.     The details were formed as part of the Integrated Household Survey, which is the second largest UK wide poll after the census. The research asked those taking part to provide details

Cathy Murphy is to join BBC One soap EastEnders as a character from Billy Mitchell’s (Perry Fenwick) past. The actress is known for her roles in Family Affairs, Glory Glory Days and the 1990s drama The House of Elliot which was created by Jean Marsh and Eileen Atkins.  “Like our characters, I’ve known Perry since I was 16 and he is a brilliant actor. We’ve never worked together before so

Ratings data for Wednesday reveals that ITV’s Midsomer Murders once again had the better of BBC One’s school drama Waterloo Road. Channel Four’s new reality series, Seven Days, got off to a poor start at 10pm with little over 1 million viewers watching.  As ever we start our ratings round-up with the breakfast slot and once again it was BBC One’s Breakfast which came out on top. Daybreak had 780,000 viewers while