Find out what happens in this week’s episodes of Heroes, Prison Break and Sanctuary.           Sanctuary [Week 51] Episode Ten: ITV4, Monday 15th December. 9pm   Will (Robin Dunne) receives a call from the wife of a college friend who needs his help finding her missing husband, Danny (Byron Lawson). Enlisting Magnus (Amanda Tapping) and Ashley (Emilie Ullerup), Will and the team follow a lead

At the start of the year things were looking pretty good for gay characters in soaps as all of our UK ones had at least one gay character or were about to introduce a gay character but at the end of the year the picture is quite different. Our soap gays are leaving in what could be described as an Exodus and the worst part is, it’s not over

Coming Out series for Showtime

American broadcaster Showtime is developing a factual series that will follow individuals as they come out to their friends and family.     Showtime is developing a new factual series that will follow the lives of people as they reveal their sexuality to their friends and family. The series hasn’t formally been commissioned yet with the broadcast merely ordering a pilot presentation but if it was to go to

A morning educational series targeted at teens has sparked complaints after covering sex related issues.     Up to 100 people have complained to Channel Four following its daytime educational show KNTV covered sex related issues. KNTV, made by Tern Television, is targeted at 14 to 16 year olds and has covered topics such as contraception, STD’s, bisexuality and coming out but this has led to the wrath of

Television shopping company Ideal Shopping Direct has issued a pre-Christmas profit warning as sales for the company go down and the recession begins to bite.   Ideal Shopping Direct has issued profit warnings for the Christmas period after the company suffered from low sales last month, doubtless due to the recession which is affecting many British retailers. The company owns three digital shopping channels and is based in Peterborough,

The BBC has appointed Peter Salmon, currently Chief Creative Officer of BBC Vision, as its new BBC North Director. Contains BBC Press Release. Peter Salmon has been appointed Director, BBC North. He is currently BBC Vision’s Chief Creative Officer, responsible for the Corporation’s new in-house multimedia broadcasting and production centre in the division, and takes up his new position in mid-2009. He will join the BBC’s Executive Board in 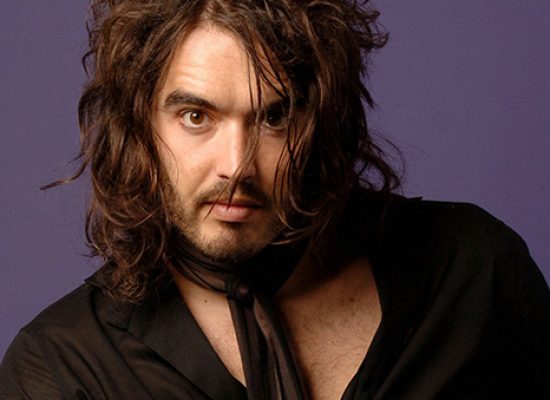 In a move that will doubtless offend The Daily Mail, and create more headlines for the paper, Russell Brand picked up a gong last night at the British Comedy Awards.

The Irish presenter, comedian and actor recently ruled himself out of the role but now the beeb has confirmed that Graham Norton will take over commentary duties, from Sir Terry Wogan, for Eurovision.

The penultimate episode of The Sarah Jane Adventures as an old enemy returns to confront Sarah Jane and her friends.       Enemy Of The Bane. BBC One, Monday 8th December. 4.39pmPart One: Rani’s mother, Gita vanishes, and Sarah Jane encounters an unwelcome face from the past – Mrs Wormwood – as the children’s drama series, produced by Russell T Davies, continues. Now hunted by the Bane, Mrs