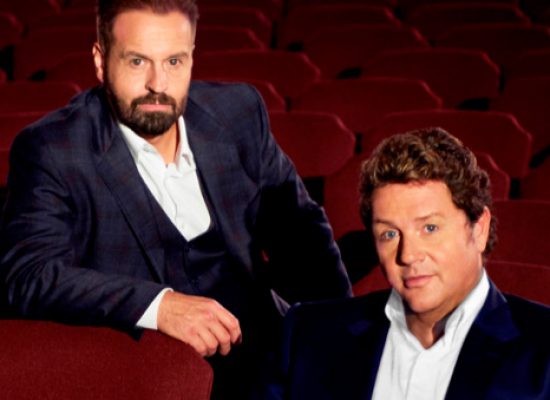 Ball & Boe: A Very Merry Christmas will air on ITV this December.

Ball and Boe Back Together is to air ‘soon’ ITV have announced.

ITV to spend One Night Only with Ball and Boe

Two great musical performers bring their voices together as Michael Ball and Alfie Boe head to the ITV Studios for a one-off special.

Sky Arts have announced the A-list names who are to give out gongs at the forthcoming event. Kristin Scott Thomas, Jo Brand, Victoria Wood, Grayson Perry, Tim Minchin and Dame Margaret Drabble are just some of the names that have been confirmed as presenters of the South Bank Show Awards 2013.