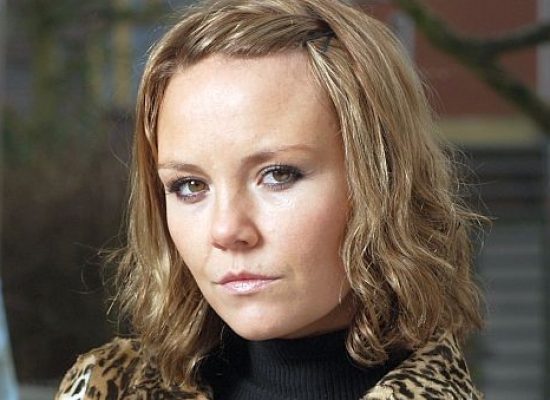 Charlie Brooks has ruled out a return to EastEnders.

EastEnders‘ Stacey Branning (Lacey Turner) takes a huge risk this week when she decides to visit Janine Butcher (Charlie Brooks) in prison. Stacey is currently wanted by the police who believe that she stabbed Janine on Christmas Day 2010; however viewers know that Janine stabbed herself and pretended it was Stacey to get back at her for sleeping with her husband Ryan (Neil McDermott). When Stacey’s cousin Kat (Jessie Wallace) visits Janine

EastEnders star Charlie Brooks is launching her own performing arts school that aims to “teach, inspire and build confidence” in aspiring young actors.

EastEnders fans will find out how Janine Butcher (Charlie Brooks) is getting on in prison next week when Kat Moon (Jessie Wallace) pays her a surprise visit. The episode marks Brooks’ first appearance in the soap since Christmas Day when Janine made an unsuccessful attempt to flee the Square and was arrested by Police for the murder of her husband Michael Moon (Steve John Shepherd). In scenes to be aired

EastEnders‘ Janine Butcher (Charlie Brooks) will plot to kill David Wicks (Michael French) in the soap this Christmas. Janine hatches her murderous scheme after David coaxes her into confessing that she killed her husband Michael Moon (Steve John Shepherd) and then later blackmails her with the confession which he has recorded on his phone. Janine is stunned when David puts a hefty price of £250,000 on his silence but agrees

A new trailer featuring Janine Butcher has been revealed as EastEnders gears up for its biggest Christmas in years.

Janine Butcher (Charlie Brooks) is put on the spot by Joey Branning (David Witts) in EastEnders scenes to air later this month. Joey is convinced that Janine knows more than she’s letting on about the night her estranged husband Michael Moon (Steve John Shepherd) met his maker. As Joey confronts Janine at the Vic he struggles to keep a lid on his temper causing Janine’s step-brother David Wicks (Michael French) to intervene and throw

EastEnders has released teasers today for what’s in store this Christmas and for one Walford resident the net begins to close in as her past actions catch up with her.

New images have been released previewing EastEnders dramatic Halloween. Viewers will see a life-changing final showdown between estranged couple Michael Moon (Steve John Shepherd) and Janine Butcher (Charlie Brooks) play out in tomorrow night’s episode, with tonight’s edition focusing on the build-up. As Alice (Jasmyn Banks) embarks on her mission to drug Janine as per Michael’s instructions, Michael heads to the Vic to wait for news. However, he soon receives a worrying

EastEnders star Charlie Brooks has decided to leave the BBC One soap, according to a tabloid report. The 32-year-old actress has played the popular role of Janine Butcher on and off since 1999. The Mirror reports that Brooks wants to explore other roles but the door will be left open for Janine to return in the future. The paper adds that she felt some regret over her decision to leave when she