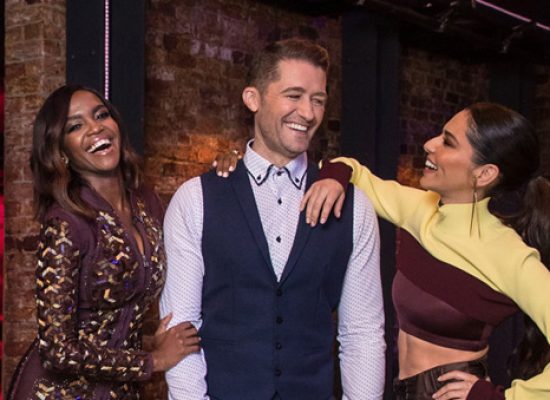 ITV has confirmed that Nick Grimshaw and Rita Ora will join Cheryl Fernandez-Versini and Simon Cowell on this year’s X Factor judging panel.

The artist formerly known as Cheryl Cole aka Mrs Fernandez-Versini aka lovely hair because she’s worth it is, is one of the 2014 judges on ITV’s singing contest The X Factor. Simon Cowell has been talking about the singer and judge ahead of the shows return at the weekend.

Cheryl Cole has married her French boyfriend Jean-Bernard Fernandez-Versini. The pop singer tied the knot with Fernandez-Versini on July, 7 but only chose to reveal the marriage publically on her Instagram feed yesterday. Sharing a picture of her wedding ring on the site, she wrote: “I usually do not discuss my personal life but to stop the speculation I want to share my happy news. We are very happy and

Cheryl Cole is making the comeback of the decade with not only a return to ITV’s The X Factor on the judges panel, but also with the release of her fourth solo album.

Following reports that Black Eyed Peas singer Fergie is in talks with Simon Cowell and Cheryl Cole, one bookmaker has slashed their odds on the singer joinging the ITV search for a star series.

Cheryl Cole on X Factor return: “There’s only so much begging one can take”

Cheryl Cole has spoken about her return to The X Factor in an exclusive interview with Daybreak. The Girls Aloud star revealed on her Instagram page on Monday that she is re-joining the judging panel of the hit ITV show. Cheryl previously served as a judge on The X Factor UK between 2008 and 2010 before quitting to launch the American version alongside Simon Cowell. She was later dropped from the stateside

Cheryl Cole is returning to The X Factor UK.

Cheryl Cole has teamed up with Coronation Street for Text Santa. The former X Factor judge drops into The Rovers Return to visit childhood friend Tina McIntyre in an exclusive sketch for this year’s charity appeal. It (Coronation Street) has always been part of my life, we’d all watch it as kids every night.  It’s surreal to be part of something I’ve watched my whole life. It’s great to be