Ray Quinn has been crowned the winner of Dancing On Ice All-Stars. The actor and skating partner Maria Filippov triumphed over soap star Hayley Tamaddon and her partner Dan Whiston in tonight’s live final. Earlier in the evening, Olympic gymnast Beth Tweddle and Lukasz Rozycki finished in third place. The first part of tonight’s live final saw Quinn, Tamaddon and Tweddle take to the ice to perform two routines. Quinn and Filippov scored

ITV has axed Christine Bleakley travel series Off The Beaten Track after just one series.

Christine Bleakley is to remain with ITV reports today suggest. The former face of Daybreak is to join the likes of Lynda Bellingham, Ade Edmondson, Caroline Quentin and Martin Clunes in another UK-based travel series. 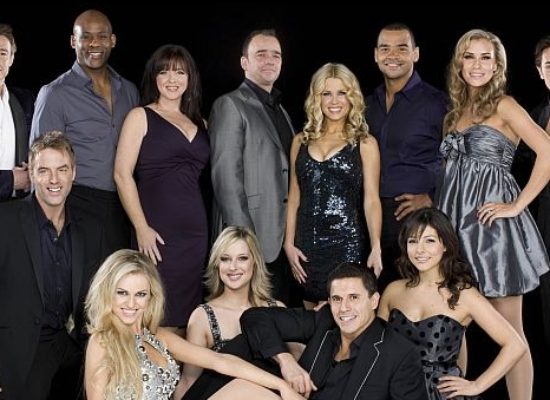 Dancing On Ice to have ‘all-star’ series?

The final series of Dancing On Ice could see a host of former contestants return.

ITV axe Dancing on Ice after Torvill and Dean quit

ITV has confirmed that Dancing on Ice will end next year.

Tanned telly face Christine Bleakley is reportedly set to face a 70% pay cut if she remains with ITV beyond summer 2013. Bleakley was lured to the broadcaster in 2010 on a three year deal to host breakfast slot Daybreak.

ITV to ditch Dancing on Ice and Jonathan Ross?

Reports suggest that the weekend line-up may face a cull of programmes due to declining ratings over the past year.

ITV continues its love of Animals with award show

Following the success of dancing doggy Pudsey on Britain’s Got Talent, Paul O’Grady’s documentary series on the Battersea Dogs and Cats Home,  the current Secret Life of Dogs and the less successful Christine Bleakley special That Dog Can Dance! ITV are now looking for special pets to celebrate.

Christine Bleakley goes to the dogs for ITV1

Dancing on Ice presenter Christine Bleakley is to front a festive special featuring some of Britain’s most talented four-legged friends in That Dog Can Dance! Also taking part are Sharon Osbourne, Bill Bailey and Ashleigh and Pudsey.