Gaynor Faye has been bestowed with a honorary Doctorate of Arts from Leeds Metropolitan University.

Troubled Whitney Dean spends the night with Joey Branning in a forthcoming episode of EastEnders. Whitney’s world is rocked when she receives a letter from Tony King – her stepfather who was sent to prison for sexually abusing her as a child. The letter triggers unhappy memories for Whitney but when she attempts to confide in fiancé Tyler Moon, she doesn’t get the response she had hoped and in the

X Factor finalist Christopher Maloney is about to take the UK Charts by storm. Chris has been working on his debut single and album in London the last few weeks.

Romance is in the air for EastEnders‘ Jean Slater in a forthcoming episode. Jean has recently caught the eye of fellow gardening enthusiast Ollie after landing her own allotment. With the pair due to go on a date, Jean feels apprehensive, until Kat reassures her that she will have a good time. Although Jean and Ollie’s date does get off to a good start, the atmosphere changes when Ollie mentions

Emmerdale actress Zoe Henry has said she was surprised by some of the forthcoming plots involving her character Rhona Goskirk. 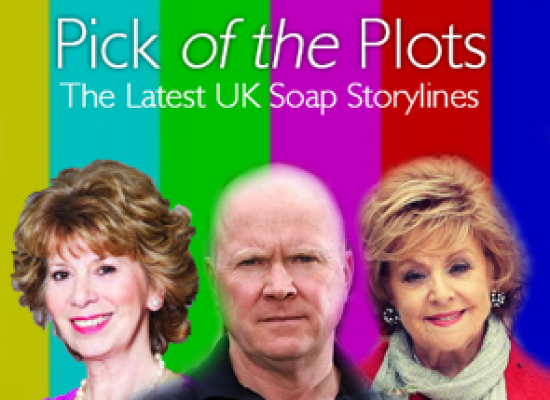 Pick of the Plots: July 7th

SoapWorld takes a look at what is happening in East London, the Yorkshire Dales and the North West tonight in the world of serial. The results of a routine health check leave Hayley with cause for concern in a forthcoming episode of Coronation Street. The doctor informs Hayley that her test results have shown some abnormal liver function and she would like to run more tests to establish the cause.

Scheming Michael Moon hatches a plan to move back in with estranged wife Janine in upcoming EastEnders scenes. Aware that his time living at Jack’s may be coming to an end, Michael thinks he can impress Janine with the gesture of breakfast and heads over to her place with some croissants. However, not long after he arrives Janine receives a visit from Danny Pennant. Michael’s nose is immediately put out

Sky Living is set to welcome a raft of well-known faces to the channel this autumn including Suranne Jones, Anna Friel, Russell Tovey, Sophie Rundle and Freema Agyeman as part of a new season of drama pilots.

Adam Thomas has revealed that he misses working alongside his former Emmerdale co-star James Thornton.