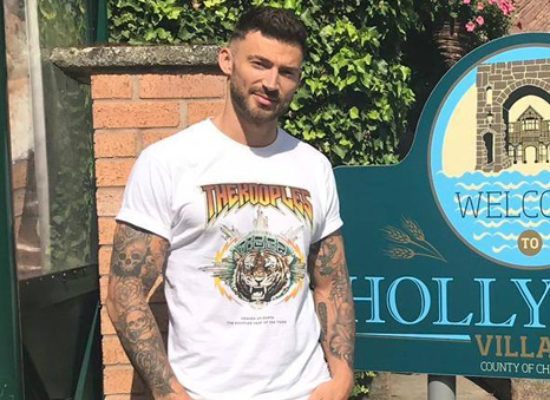 Hollyoaks have found themselves the X Factor.

X Factor and I’m A Celebrity contestant, Jake Quickenden, is embarking on his debut tour Laid Bare this summer with eleven dates announced across the UK.

Jake Quickenden on Jimmy Bullard: “He’s not a bully at all”

Jake Quickenden has reiterated that there was no ill intent behind his ‘banter’ with Jimmy Bullard in the I’m A Celebrity jungle. The X Factor personality was subjected to an expletive-filled ribbing by the former footballer during their time on the reality show together with the following dialogue causing a fuss: “You weren’t (entertaining) on The X Factor, that’s for sure. I thought you had a bit about you but

Carl ‘Foggy’ Fogarty was crowned ‘King of The Jungle’ in tonight’s I’m a Celebrity… Get Me Out Of Here! final. The former world superbike champion saw off competition from singer Jake Quickenden to take the title, after Melanie Sykes finished third earlier in the show. Before the result was announced both finalists were interviewed by Ant & Dec. Foggy told the duo “It was what I expected but probably a little bit

ITV has confirmed two additions to this year’s I’m A Celebrity… line-up. Former Tory minister Edwina Currie and X Factor departee Jake Quickenden complete this year’s line-up of celebrities. They will be seen entering the jungle in tonight’s episode. Currie, known for her outspoken views, says: “If I hear someone talking complete bo**ocks, then I will probably say so. I am a Scouser and there is no such thing as a meek Scouser.”

Jake Quickenden is the fifth act to leave The X Factor

Jake Quickenden has become the fifth act to leave The X Factor. “I’ve met some absolutely amazing people and I’m going to keep going.  I feel like I’ve got a lot more to give and you never know what’s around the corner.” – Jake Tonight’s results programme saw Jake and Only The Young sing for survival after gaining the fewest number of votes from the public.  In the sing off Jake