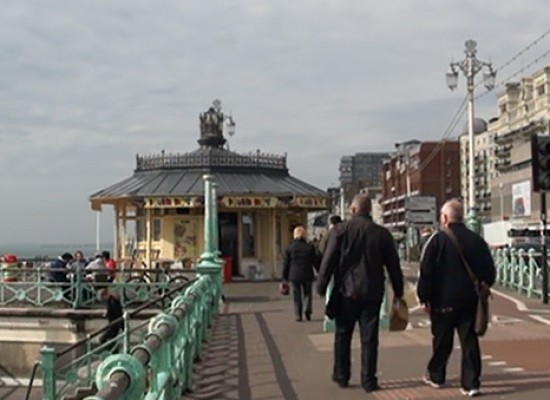 Philip Glenister and Amanda Burton are on The Level for ITV

EastEnders spin-off ‘Back to Ours’ to return for two specials

EastEnders: Back to Ours is returning for two special episodes that will be available on BBC iPlayer and BBC Red Button.

BBC EastEnders has revealed that actor Dean Gaffney is making a brief return to the soap opera later this year. Gaffney played Robbie Jackson, making his last appearance in 2010.

EastEnders star Lindsey Coulson has decided to leave the BBC One soap.

Carol Jackson will discover that she has the faulty BRCA2 gene as part of EastEnders‘ on going breast cancer storyline.

EastEnders bosses have released pictures previewing Sonia Fowler’s (Natalie Cassidy) return to the soap. In scenes to be aired next week, Carol (Lindsey Coulson) pays her daughter an unexpected visit as she comes to terms with the news she has breast cancer. Sonia is intrigued about the reason behind her mum’s visit until Carol opens up about her diagnosis. Carol insists she is coping but soon finds herself overcome with

EastEnders is to tackle the issue of breast cancer in a soon-to-begin storyline for Carol Jackson (Lindsey Coulson).

EastEnders Pictures – David’s past catches up with him

EastEnders have released some new pictures of David Wicks (Michael French) as his dodgy past catches up with him.

Actress Lisa Maxwell has spoken about her upcoming visit to Albert Square.

The Daily Star Sunday have revealed details on how David Wicks (Michael French) will return to EastEnders next month. David returns to Walford with girlfriend Naomi (Lisa Maxwell), and pays old flame Carol Jackson (Lindsey Coulson) a visit demanding to see his daughter Bianca (Patsy Palmer). However, he is out of luck as Bianca has gone away for a while. A few days later David is beaten and left for dead when