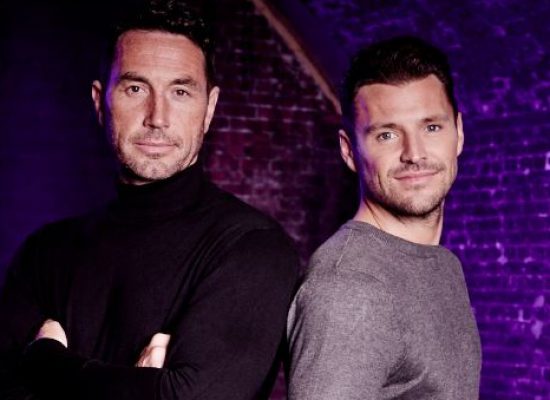 Mark Wright has finished fourth in Strictly Come Dancing 2014. The TV and radio presenter was eliminated at the start of tonight’s final show, leaving Caroline Flack, Frankie Bridge and Simon Webbe in the running to take home the glitterball trophy. “This has been the best experience of my life. I feel so overwhelmed with the support [from] the public, my family, the judges, all my friends [and] the contestants.

Paddy McGuinness to return with Take Me Out

ITV’s dating show Take Me Out, hosted by Paddy McGuinness, returns to weekend schedules in early 2015 the broadcaster has confirmed.

TV and Radio presenter Mark Wright is the sixth celebrity to be confirmed for this year’s Strictly Come Dancing. “Doing Strictly is going to be so completely different from anything I’ve done before. I’m the sort of guy who loves to bust out some moves at a party but I’m certainly not a natural dancer. Any of my friends would tell you that – they call me ‘Markey no-moves’! I’m

Former The Only Way Is Essex star Mark Wright has seen yet another of his shows become a ratings stinker.

Mark Wright on dressing up in drag for ITV2 show

Mark Wright has discussed dressing up in drag for his new ITV2 show Party Wright Around the World in an interview with This Morning.

A new ITV2 series will see Mark Wright travel the globe in search of groups of people he can throw parties for.

No clash with Corrie Cast

Coronation Street actress Brooke Vincent says claims she and co-star Michelle Keegan (pictured left) rowed after she made a dig at Keegan’s boyfriend are not true.