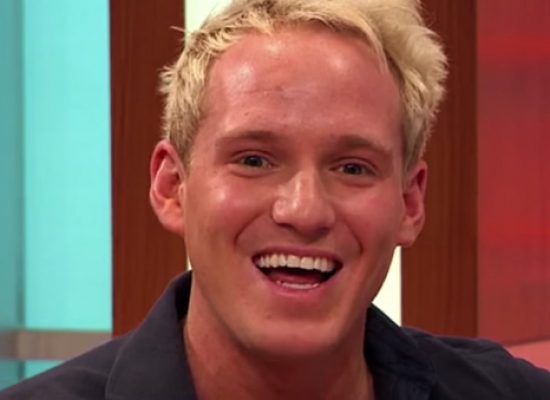 Made In Chelsea star Jamie Laing in Twitter frontal flash

A photo of posh reality telly star Jamie Laing of Made In Chelsea fame has had fans in a flutter over on Twitter. The image, showing a fully nude and slightly aroused Laing was posted on the social site in the latest in a line of star full-on flashes.

A fight breaks out between Peter and Joey in EastEnders on Tuesday 25th June. The heated situation occurs after Lauren fails to return home following her date with Peter and Max and Tanya head over to the Beale’s in search of answers. Lucy covers for Peter and tells them that Lauren went off with a group of friends from college and sent her a text message to say so However, it’s not

No clash with Corrie Cast

Coronation Street actress Brooke Vincent says claims she and co-star Michelle Keegan (pictured left) rowed after she made a dig at Keegan’s boyfriend are not true.

Coronation Street Tina continues to feel emotionally attached to baby Jake, a feeling that is intensified when he has to undergo surgery for a bowel infection. With the surgery a success, Jake continues to grow stronger and doctors say he can be held for the first time, but when an excited Garry and Izzy turn up at the hospital they’re confused to find Tina nursing him. Torn between her commitment to Gary

Michelle Keegan is to leave Coronation Street next year ITV have confirmed tonight after tabloid speculation.