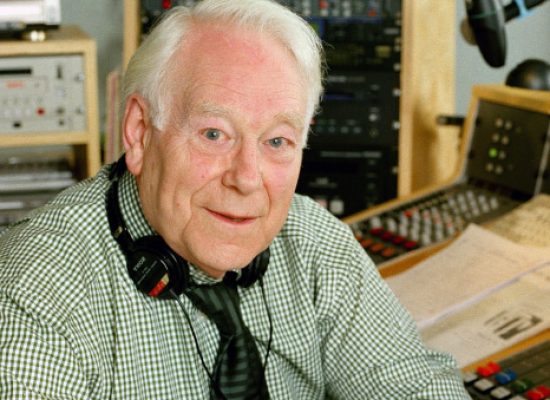 BBC Radio 2’s Desmond Carrington is stepping down from his long running show, The Music Goes Round.

Paula Tilbrook is to retire from ITV Yorkshire serial Emmerdale after twenty one years in the role of villager Betty Eagleton.

The actor passed away last year while still part of the cast.

Emmerdale producer Kate Oates says the show will look at paying tribute to Richard and his character Alan Turner later in year.

As the Emmerdale, Emergency Ward 10 and The Dam Busters’ actor was laid to rest yesterday ATV Today pays tribute to Richard. Last night his three decades as Alan Turner in Emmerdale came to an end with the characters final scene airing.

A private funeral service for Richard Thorp was held yesterday.

Emmerdale veteran Richard Thorp has died at the age of 81.

BBC Two to mark 70th anniversary of the Dambusters raid

BBC Two, has commissioned a one-off live programme to commemorate the 70th anniversary of the Dambusters Raid. The Dambusters: 70 Years On will be presented by Dan Snow and will air on Thursday the 16th of May.