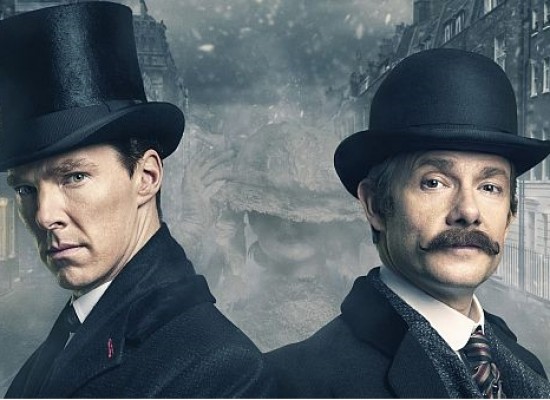 Filming for series four of Sherlock has begun production BBC One have announced. The drama will return to screens with three brand-new episodes promising laughter, tears, shocks, surprises and extraordinary cases…

Sherlock: The Abominable Bride pulls in the festive viewers for the beeb

Sherlock continues to prove a ratings success for BBC Drama. The festive outing for the series made it the most watched programme between December 21st 2015 and the 1st of January 2016 across all channels.

The BBC has announced that Sherlock is to return to BBC One for a special that will be followed by a fourth series comprising of three episodes. The third series saw Sherlock’s life change a lot – he returned from the dead, his best friend John Watson married Mary Morstan and he met his match in Charles Augustus Magnussen. After the briefest of exiles, Sherlock came back only to face one of his

BBC iPlayer notches up record number of hits in January 2014

BBC iPlayer notched up a record number of programme requests throughout January 2014, the corporation has noted.