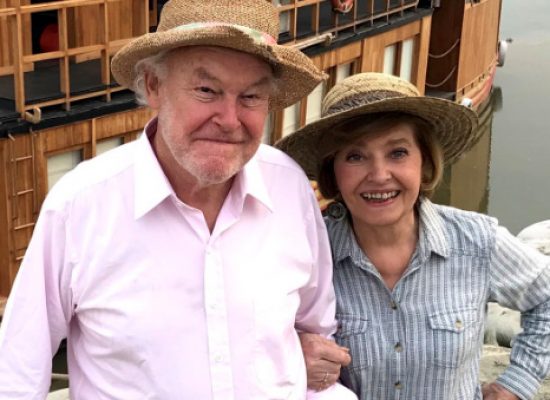 Actors Timothy West and Prunella Scales have recorded a two-part special of their Great Canal Journeys series, which was filmed in India.

More 4 is to air a series of programmes which are a celebration of all that is British. Series will be fronted by Larry Lamb and Maureen Lipman as well as Phil Spencer and Paul Merton. Returning personalities include Penelope’s Keith and Prunella Scales and Timothy West.

Timothy West & Prunella Scales take to the canals for More4

Married for 50 years, actors Timothy West and Prunella Scales have away from acting been living a very different life exploring the stunning waterways of Britain on their canal boat as More4 is to discover.

Fear not Corrie isn’t going all American soap opera by bringing back a deceased character out of the grave. However Liz Dawn is to reprise her role as Vera for a charity special. Also former ATV star Timothy West is to join the saga.