He spoke earlier today on ITV’s This Morning.

Following the sad news actor John Challis had passed away from cancer, aged 79, yesterday Sir David Jason paid tribute to his Only Fools and Horses colleague and friend on This Morning.

“Yeah, I mean it wasn’t a complete surprise, because poor old John hadn’t been well for the last month or two, but he went downhill so fast, very rapidly. One minute we were thinking he was on the road to recovery and sadly, it just took him quite swiftly.” – Sir David Jason

Speaking to Phillip Schofield and Holly Willoughby Phillip noted ‘You always get the measure of a man when you look at the tributes. People saying how wonderful he was, how kind he was.’ David noted:

“One of the things I always measure an actor by, is the difference between how they are in real life and the parts that they play. So it comes as a bit of a surprise sometimes to people that John Challis was a such a kind and such an ordinary loveable kind of chap. Tollally different to the character Boycie that he played and a lot of people tend to think that was John, but it wasn’t.. it just showed the skill he had as an actor to portray Boyice the way that he did as it was totally against his natural nature” – Sir David Jason.

Also, a number of charities that John supported have also paid tribute to John for his support of their work. Alzheimer’s Research UK, the UK’s leading dementia research charity, is just one who released a tribute to the actor who had also appeared in series ranging from Doctor Who (BBC), Open All Hours (BBC), The Cedar Tree (ATV), Crossroads (ATV), Coronation Street (Granada) to Thriller (ATV), Z Cars (BBC), Are You Being Served? (BBC), The Sweeney (Thames TV), Dixon of Dock Green (BBC) and Benidorm (Tiger Aspect for ITV).

“John Challis was a much-loved figure of British comedy who not only brought joy to so many on-screen, but also worked tirelessly off-screen to support charitable causes, including Alzheimer’s Research UK.

“John juggled his acting career with caring for his father, Alec, who died with Alzheimer’s disease in 1990, and became a supporter of Alzheimer’s Research UK in 2014. In 2015, he supported our Hats off to Research campaign by donating a hat for auction and bravely shared his experiences of caring for someone with dementia in the media to raise awareness of the campaign.

“John also recorded good luck messages for our Virgin Money London Marathon runners, with the wit and warmth you’d expect from such a gifted comedic actor, and went above and beyond to raise awareness of dementia and the work of the charity. We send our thoughts to his family, friends and many fans and thank John for his charismatic and unwavering support for dementia research.” – Tim Parry, Director of Communications at Alzheimer’s Research UK 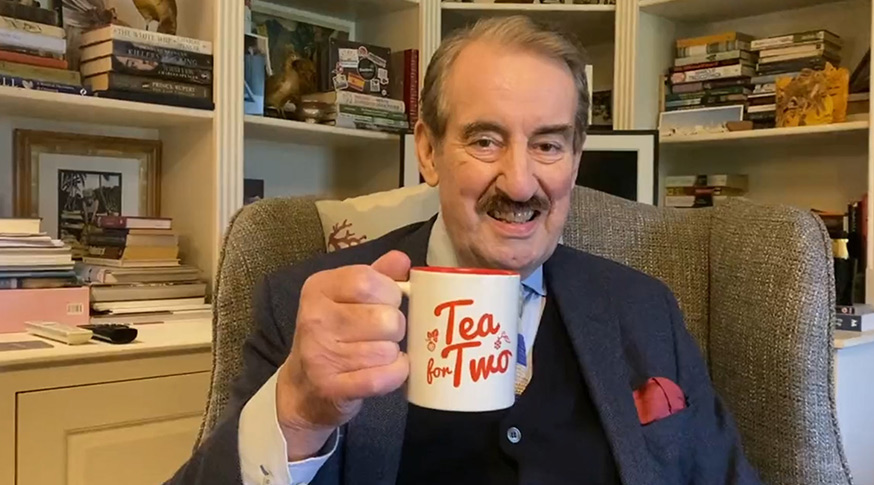 This Morning, weekdays from 10am on ITV, STV and UTV