The latest album from the duo is out next month

Lockdown might have been a time of few physical journeys, but for Simon Mayor & Hilary James, free of concert commitments, it was a chance to journey back to their roots and revisit favourite songs and tunes, as well as to write new material.

For Simon, it was a time to rosin up the bow with a passion. His treasured 1740 violin (yes, it’s that old!) had long played, err… second fiddle (sorry!) to his international reputation as a mandolinist, but, as a diversion from his Russian studies, he’d been inspired to teach himself both instruments (the two don’t look related but they’re tuned identically) in his late teenage years. Here, the violin is heard on intricate arrangements of the traditional songs Sumer Is Icumen In and Lovely Joan, on his own swing-tinged composition Jerry & Tom, but perhaps most strikingly on The Buttermere Waltz, a frequently requested mandolin piece on gigs, now heard on violin for the first time.

But there’s no shortage of mandolin too, or its big sisters the mandola and mandocello. All three feature on the starkly beautiful arrangement of Tchaikovsky’s Barcarole, and on the original tunes The Kissing Gate & The Strawberry Tree, written for the Classical Mandolin Society of America’s annual convention 2020 held ‘in the clouds’. 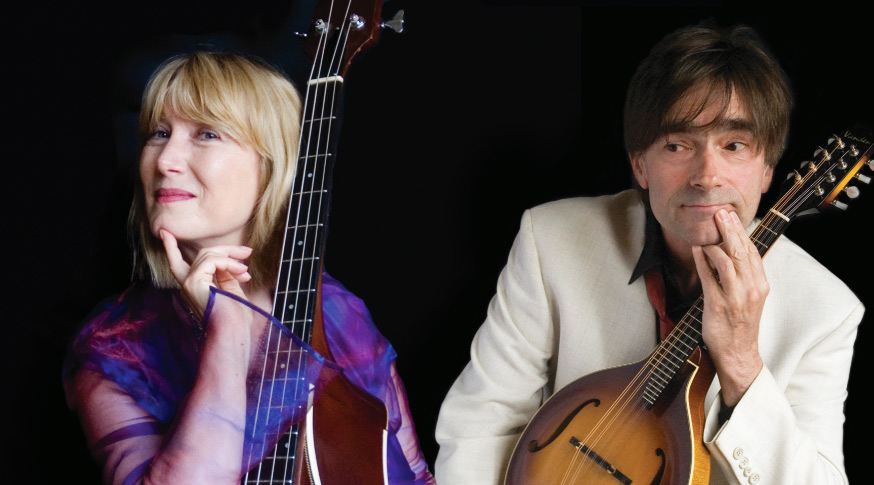 For Hilary, revisiting the title track When Summer Comes Again, a song she wrote and recorded some thirty years ago, seemed an appropriately optimistic way to hail the emergence from lockdown. It’s re-recorded here with her sister Janet Giraudo’s harmony vocals arriving from France courtesy of cyberspace!

For all her reputation as a singer, it’s a little ironic that Hilary’s unusual taste in bass instruments attracts as much attention. Her mandobass (bass mandolin) was made by luthier Robin Greenwood in Bournemouth; she found it selling second-hand quite by chance just a week before the duo started their mandolin quartet The Mandolinquents. It’s become something of a calling card ever since, although she plays double bass on the album too.

No surprise that traditional songs, Hilary’s first passion, feature too. There’s also an excursion into Italianate opera in JC Bach’s Al Mio Bene, and a live recording of the duo’s own setting of William Barnes’ beautiful poem Linden Lea. Oh, and on the subject of poetry, Simon makes his spoken word debut with his own The Stick (possibly the only poem about a stick).