Phillips has surprised customers of a food delivery service by teaching staff to dance to ‘Bring Me Sunshine’ as they fulfilled orders.

“It is absolutely shocking how many people don’t have any communication with another human being for weeks on end. Loneliness is a real blight on society and is something most, if not all, of us suffer with from time-to-time.

“So, when I got the chance to bring a little sunshine back into peoples’ lives with a good old song and dance routine I jumped at the opportunity. And the drivers did really well – 10s all round from me.”

The former Strictly Come Dancing judge, who is reportedly heading to guest-judge on rival Dancing on Ice later this month, teamed up with Wiltshire Farm Foods to give 10 delivery drivers pointers on how to cha-cha-cha as they distributed meals to delighted recipients.

Staff members were treated to a dance lesson with Arlene before delivering meals, as part of the brand’s ‘bringing sunshine’ initiative to help bring joy to its customers during the cold winter months. It comes after a study of a selection of UK adults, which it also commissioned, found a third of over 65s haven’t had a meaningful interaction in more than four weeks.

“I’m not normally much of a dancer but I am a fan of Strictly, so thought I would give it ago. To get dancing tips from Arlene Phillips was amazing and I thought I did okay – Lizzie [his customer] seemed to enjoy it when I delivered her meals, so that was great. I hope my invite to take part in the next series of Strictly doesn’t get lost in the post.”

The study also found 54 per cent of the adults polled have felt lonely at some point within the last month. And they typically experience feelings of social isolation around two days a week. Around a quarter believe social media and other forms of digital communication, rather than bringing people together, are partly to blame for the apparent rise in loneliness. 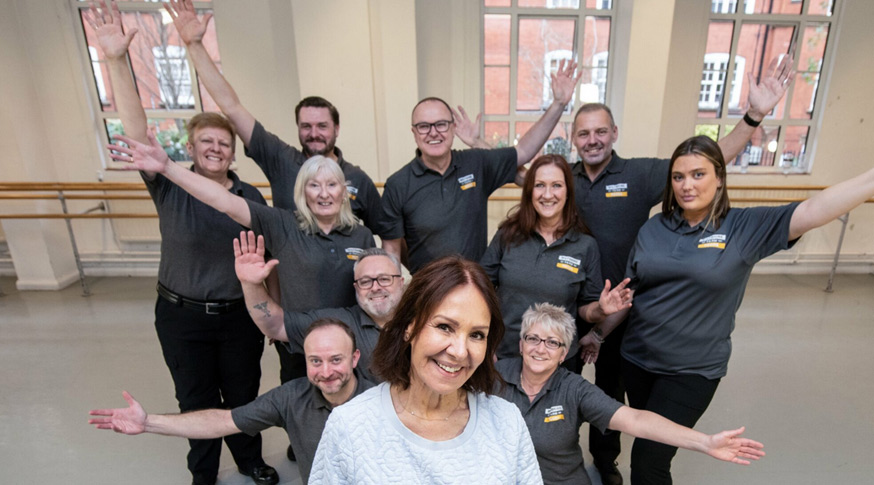 But one in five said speaking to people face-to-face has become an increasingly rare occurrence for them. In a similar vein, 59 per cent worry they’ll become increasingly afflicted themselves as they get older.

Of those, more than half are concerned they’ll lose contact with friends, and four in 10 worry they’ll have to live on their own one day. It also emerged that 34 per cent are anxious loved ones such as their own children will be too busy to visit them.

And they might have good reason to feel this way, as a fifth of the over 65s polled admitted they would like it if relatives checked in on them more. However, there is good news – the study carried out through OnePoll found half of those aged 65 plus have attempted to tackle loneliness themselves – with around a fifth of them taking up dancing.

While 22 per cent of people in this age group said this pastime helps them feel less socially isolated.

“Loneliness is an emotional prompt and is telling the individual experiencing it that they need to find a source of connection. This is why a fifth of the over 65s who took up dancing noted that they felt happier and less alone.

“Dancing is an excellent exercise which is fantastic for increasing the happiness index, and spending time with other people on both a one on one and group level combats feelings of isolation.”

Olivia Bowen looking radiant in ‘Fits For You Collection’