ATV Icons returns with new curator Margaret Batey, following on from Jane Rossington our second names in the series to be inducted into the Hall of Fame are Clyde Alleyne, Barbara Blake Hannah and Eric Anthony Abrahams.

Clyde Alleyne was the first black news reporter in UK broadcasting, working for Tyne Tees Television, while Barbara Blake Hannah swiftly followed at Thames Television, and later, ATV. The first black current affairs reporter in the UK was Eric Anthony Abrahams at the BBC. While their names may not be overly well-known these days, they led the way for Trevor McDonald and Moria Stewart in the 1970s. 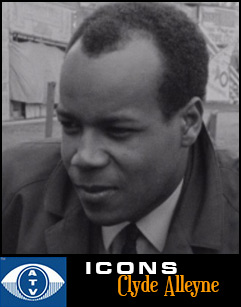 It was Tyne Tees Television in Newcastle who took the first steps to become more inclusive when they, announced on March 1st 1967 they had hired 27-year-old Clyde Alleyne from Trinidad as their latest reporter for North East Newsview, and also as a continuity announcer between the programmes.

The Daily Mirror noted his arrival, “Everybody knows about the warmth and friendliness of our fellow citizens from calypso-land. …it’s a great opportunity for him and for TV.”

“If Mr. Alleyne succeeds, as it is hoped he will, another important door of advancement will be opened.”

Clyde as well as introducing in-vision – Tyne Tees announcers were often seen – shows such as Coronation Street or The Saint he also filed several reports for the North East news programming including in November 1967 an interview with the American civil rights leader Martin Luther King.

Clyde Alleyne talked to Martin about aspects of race relations in the USA and England. The interview took place when Luther King visited the University of Newcastle-Upon-Tyne, where he received an honorary degree.

In 1974 he made a brief appearance as a radio announcer in the film Bim, set in 1950s Trinidad.

After leaving Tyne Tees Alleyne took a job with UNESCO in Paris. Clyde never lived to see his pioneering years with Tyne Tees recognised, he died aged 45 in 1984. Tyne Tees News honoured his contribution to regional ITV news in 2017.

Trevor McDonald became a national newsreader with ITN in 1973. 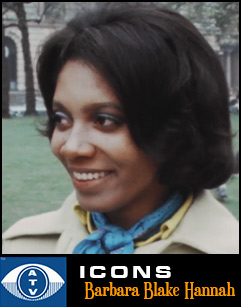 Just over a year after Clyde joined Tyne Tees Television in Newcastle a newcomer to the ITV network was to make history with the first female black reporter in news broadcasting in the UK. Thames Television replaced the outgoing Rediffusion London on July 30th 1968 launching a new magazine show for the capital, Today.

Joining main host Eamonn Andrews, Barbara Blake Hannah alongside fellow reporter Jane Probyn launched the new-look news show at a press photocall in the week before Thames went on air. And while it was initially a successful venture it wasn’t to last.

Arriving in the UK from Jamaica in 1964, Barbara had TV experience in news reading and as a hostess of a game show. In the UK she initially wrote for a magazine and appeared as a supporting artist in the movie A High Wind In Jamaica.

By the time she joined Thames, the then 26-year-old had written for The Sunday Times, Queen and Cosmopolitan. At the London ITV station, she interviewed star names such as Michael Caine, reported on several serious incidents and interviewed PM Harold Wilson. However bosses at Thames Television were ‘uncomfortable’ with ‘a black person on their news’ and also, Barbara noted herself, her colleagues in the newsroom were less than welcoming nor was the predominantly white audience of ITV in the capital at that time.

Sacked within the year she made the move to ATV Network in Birmingham, which was refreshing its news output – it was goodbye to ATV Today and ATV Midlands News and in with Team at Six. Barbara was to be one of the team.

The Birmingham Post reported on September 29th 1969 that “The Midlands first black television interviewer is to be West Indian Barbara Blake, a freelance journalist.”

“Miss Blake is to appear regularly on Team at Six from ATV, launching in November. But she will not specialise in immigrant affairs.”

An ATV Spokesman said that Barbara had been hired “Because she is an excellent frontline television journalist.” News covered by Barbara while at ATV ranged from women’s poorly made tights, student demonstrations to disability awareness and rights, stray dogs and the living conditions of poor families.

One of the worst moments at ATV Birmingham, she recalled, was when she was sent out filming on a bitterly cold day, only to be told later it was because Wolverhampton MP Enoch Powell – fresh from his anti-immigration Rivers of Blood speech – had agreed to appear on Team at Six in the ATV studios on condition that “the black girl” was not there. After her contract ended with ATV she moved behind the scenes, working as a researcher on the BBC documentary series, Man Alive. She returned to Jamaica in 1972.

Moria Stewart became a national newsreader in 1981. In 2020 a British Journalism Award was named in Barbara Blake Hannah’s honour. 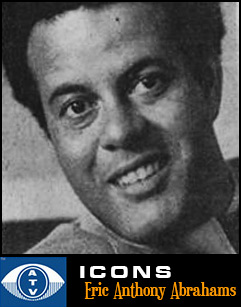 Outside of daily news, the first black UK reporter noted in current affairs is the BBC’s Eric Anthony Abrahams, also from Jamaica.

He joined the BBC initially, aged 25, as a trainee reporter and from 1965 Eric was reporting for the current affairs programme, 24 Hours. The Beeb note that several of those reports for the programme survive in the corporation’s vast archive including features he filed from Nigeria, Ghana, Haiti and London.

After his time with Aunty he returned, in 1967, to Jamaica working for the Ministry of Tourism as administrative assistant to the director. In 1970 he became Director of Tourism. In the late ’70s he moved into politics holding several different positions until the mid-1980s and by the early 1990s he had ventured into radio broadcasting.

In 2010 he departed the radio airwaves for the final time, noting he was fighting bone cancer. Eric died in 2011 aged 71.

Margaret Batey
Our partners use technologies, such as cookies, to personalise ads and content based on your interests, measure the performance of ads and content. Click agree to consent to the use of this technology. You can change your mind and change your consent choices at any time by deleting your cookies from your browser.