As a recent guest host and 58-time panellist, Sue is primed to rule on cases of hesitation, repetition or deviation. She takes the host’s chair for the 87th series of Just A Minute, to keep in check fellow long-time participants Paul Merton, Gyles Brandreth and many more talents all bringing their linguistic A-game to proceedings. Sue follows in the footsteps of the late Nicholas Parsons who masterfully presided over the programme for over 50 years.

“I’m beyond delighted to be asked to host this most legendary of shows. Nicholas’ shoes are way too big to fill, but I shall bring my own shoes, and work my socks off in them to keep our listeners entertained.” – Sue Perkins

Sue first appeared on JAM in 2000, following many years as a regular panellist her first turn at the helm took place as part of a series of guests hosts earlier in 2021. Adjudicating playfully fought rounds, Sue oversaw a line-up of Stephen Fry, Jenny Eclair, Desiree Burch and Paul Merton.

The next series of Just A Minute begins Monday 6 September on Radio 4 and BBC Sounds and is a BBC Studios Production. 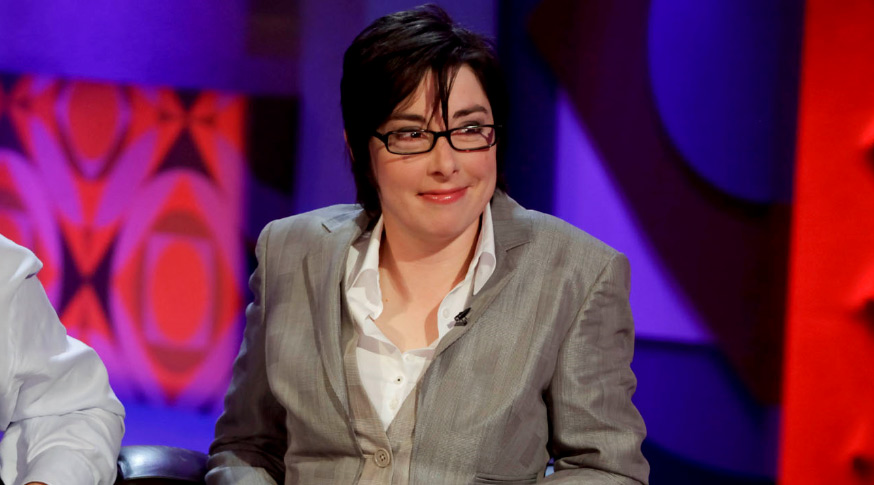 “As the Minute Waltz fades away, I have no doubt that Nicholas would be delighted to know that Just A Minute will continue long into the future under the superb guardianship of Sue Perkins who fully understands and embraces possibly the most often repeated five words on TV or Radio; ‘Without hesitation, repetition or deviation’.” – Nicholas’ widow, Annie Parsons

Just A Minute was first broadcast on Radio 4 in 1967, hosted by Nicholas Parsons. Participants over the years have included Kenneth Williams, Pam Ayers, Julian Clary, Nish Kumar, Sheila Hancock, Shappi Khorsandi, Bob Monkhouse, Miriam Margolyes, David Tennant, Stephen K Amos, Victoria Wood and many many more. The programme has been recorded at several locations through its history, in recent years mostly at the BBC’s Radio Theatre in London, but also on several occasions at the Edinburgh Festival Fringe and twice in 2012 at the Comedy Store, Mumbai, India.

“A repetition of Nicholas Parsons’ singular, and much missed, genius, was never likely, and a deviation was always on the cards. However, it is without any hesitation that I announce my absolute delight that Sue Perkins has agreed to be the new host of Just A Minute. She is a brilliant, quick witted comedian, who will, I know, make JAM her very own. I look forward to hearing how she will hold the likes of Paul and Gyles to account as she keeps the flag flying on this much loved member of the Radio 4 family.” – Mohit Bakaya, Controller of Radio 4

One thought on “Sue Perkins gets Just A Minute gig”