Later this week in Coronation Street Ken Barlow (William Roache) is contacted by former street resident, and Kabin mainstay, Norris Cole from the Stillwaters Retirement Home, where he now resides, with news he must share with Ken.

Ken relays the request to Norris’ long-time friend and business partner Rita Sullivan (Barbara Knox), however, the pair are both shocked when they later hear from Norris’ companion Freda (Ali Briggs) that he has been taken to hospital with a suspected stroke.

Ken, Rita and Mary (Patti Clare) arrive at the hospital to be met by an ashen-faced Freda who breaks the news that Norris has passed away. Later in the Rovers, the Weatherfield residents raise a toast to dearly departed street gossip Norris.

The glow of happy memories and reflection is short-lived as the subsequent plans for Norris’ funeral prove to be a source of contention. 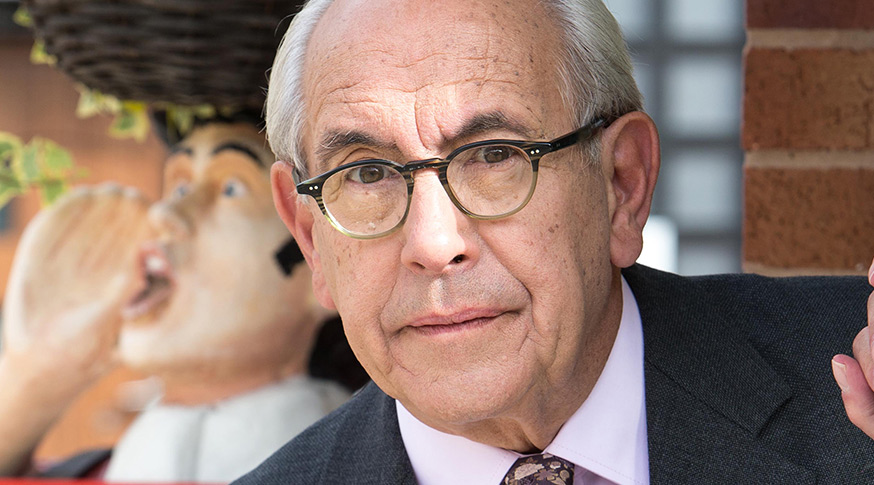 The row over Norris’ send-off escalates, weary of the conflict Mary announces she’s stepping down and Freda can sort it out for herself.

Freda also finds herself in a disagreement with Gemma (Dolly-Rose Campbell) who is unable to attend the funeral as it clashes with Aled’s cochlear implant operation.

Early next week isn’t looking much better for the funeral plans either, something Norris would be gossiping about no less if it was anyone else. Monday starts badly for Freda when George (Tony Maudsley) shows her the Order of Service – with the entirely wrong date of birth for Norris proudly displayed – George is mortified.

By the end of the week, we prepare to say farewell to Norris Cole, first seen as a hitchhiker picked up by Derek Wilton – who then couldn’t shake off his ‘new friend’. Norris later became Derek’s boss when he married his ex-wife Angela, but that fell apart and soon he was living on Coronation Street, ending up a co-owner of The Kabin, working alongside Rita. The shop gave him the perfect post for gossip and revelations. 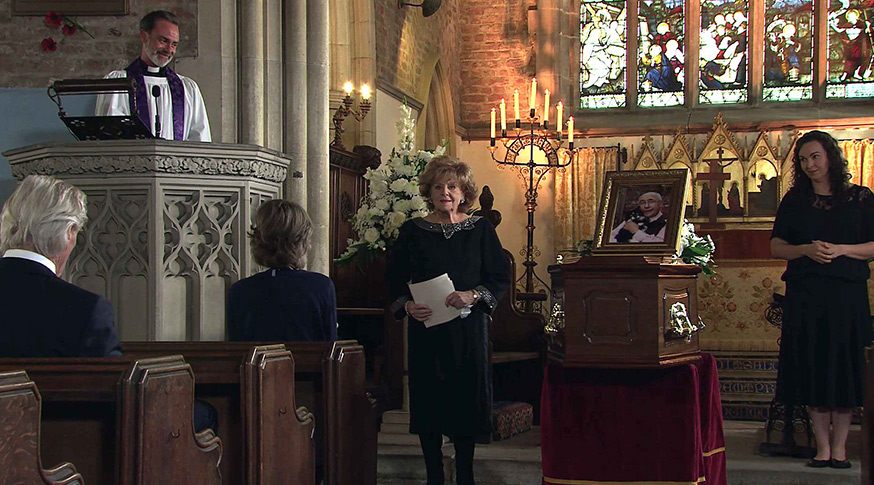 On Friday, September 24th, the mourners gather in church for the funeral where Audrey (Sue Nicholls) hands around a hip flask of tequila. As Mary takes a huge swig, Gail (Helen Worth) watches with concern. After Rita delivers a heart-warming eulogy about her best friend, Billy (Daniel Brocklebank) reads a letter left by Norris.

Freda and Mary are touched by his words. After teasing that the paperboy outside The Kabin contains a secret, Norris finishes by revealing that Rita used to surreptitiously have her hair coloured by Claudia. As Audrey rounds on Rita for her betrayal, Norris is certainly having the last laugh.

Outside The Kabin Mary, Ken, Gail and Brian (Peter Gunn) gather to unlock the secret Norris hid inside the paperboy. When they can’t get it open, Mary returns with a chainsaw and decapitates the paperboy. What secrets lie inside?