“We set out to make a week of breathless, brilliant drama – and boy, have our outstanding cast, crew, design team and writers delivered! The week is jammed packed with twists and turns, and astonishing visual spectacle. It also has heart, heroism and humour in the most unexpected places. I have to say it again: our team has excelled themselves. Making any TV in a pandemic is hard, especially if you’ve been doing it non-stop for over 12 months – so I have to tip my hat to everyone for their tireless efforts in continuing to raise the bar, against all the odds.” – Producer Iain McLeod

As real and metaphoric storm clouds gather over the famous cobbles, the residents make plans for Halloween parties and holidays, oblivious to the tragedies waiting around the corner. Viewers will be sent on a rollercoaster of emotions and high drama with a catastrophic rainstorm, a collapsed sinkhole, a fireball car crash, an escaped convict and revenge plans that go anything but to plan! 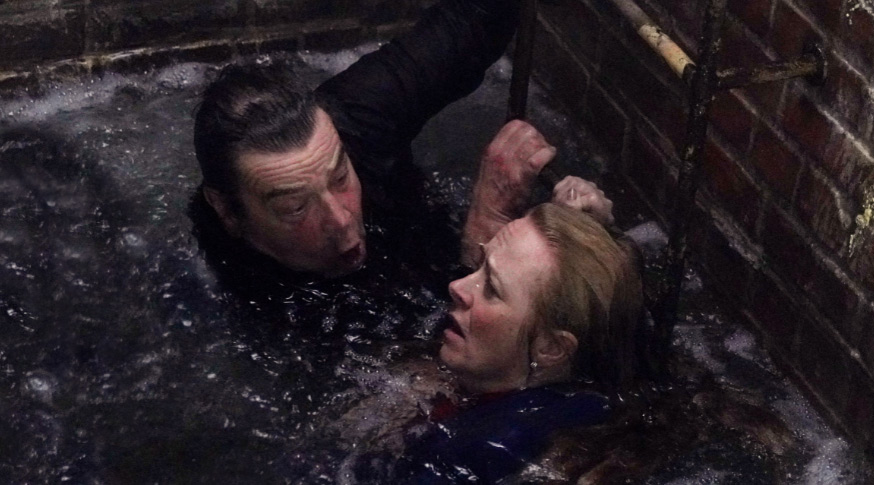 The week starts on a high note with Debbie Webster putting the finishing touches to the House of Horrors attraction behind the street. Residents excitedly choose their Halloween costumes and no one spots the ominous shifting of the earth around the Platt’s sinkhole. From Gail to gale…

Dev, Aadi and Asha Alahan prepare to leave for their family holiday, but as the thunder crashes overhead they find themselves lost on a country road. Heading for the same country lane is a prison van rushing injured drug dealer Harvey Gaskill to hospital, but he has another destination, and vengeance, in mind.

Back on the street Abi also wants revenge and, having got her hands on a gun, is determined to make Corey Brent pay for murdering her son Seb. Despite her own feelings towards Corey, Nina Lucas is desperate to stop Abi, but with the storm raging will she get there in time? 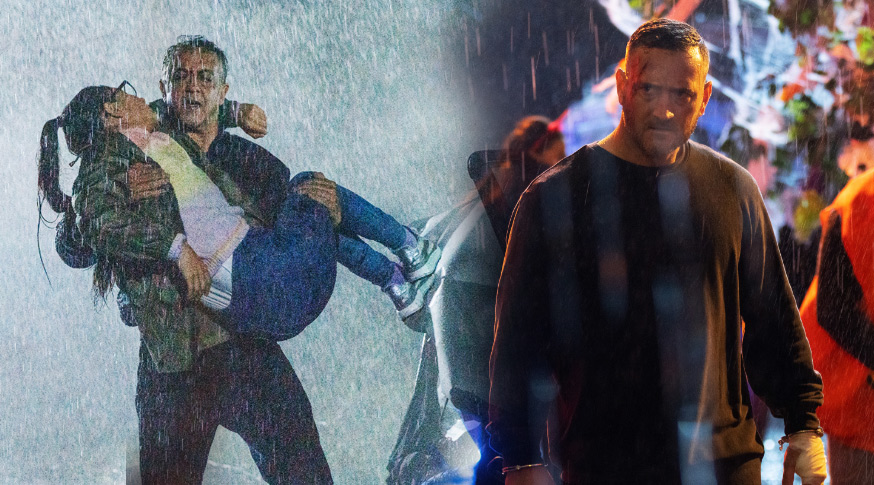 Over at the Rovers, Jenny Connor is enjoying a new relationship with toyboy, Leo, but is stunned to learn that her ex hubby Johnny has plans to leave Weatherfield. Keen to speak to Johnny she is distracted by her worries about Leo’s safety but, as she searches for him in the pouring rain, the ground literally opens up beneath her! A desperate Johnny is determined to save her and edges ever near the giant sinkhole.

As the storm intensifies the residents find themselves in the middle of a real-life horror story with Abi, Corey, Jenny and Johnny trapped in rising water underground in the Victorian sewers. Above ground, Leanne comes face to face with her worst nightmare as Harvey makes a dramatic return to the street. 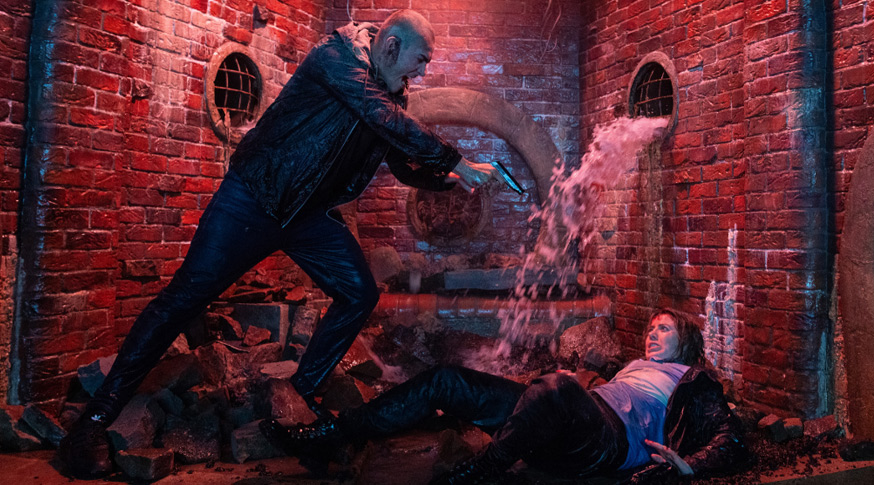 Whilst away from the cobbles, Dev Alahan is forced to make the heartbreaking decision of which of his kids he drags from the wreck of his burning car.

“The stunning episodes were filmed over three weeks of day and night shoots. Special effects were used for the storm and the intricate underground sewerage system was designed and built at Space Studios in Manchester before being attached to a sophisticated pulley system so it could be lowered into a swimming pool for filming.” – ITV Corrie

Coronation Street, Monday, Wednesday and Friday on ITV including STV and UTV and the ITV Hub.