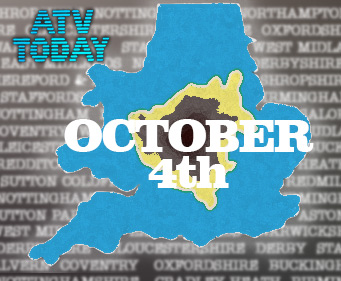 We’re back with our autumn and winter look back at events and news that happened ‘On this Day’ in years gone by via the television news archive of ATV.

In 1972 ATV Today’s Bev Smith visits the amateur television station run by Arthur Bevington and his son in their house at Warley in the West Midlands. The opening section of the feature spoofs the ATV Today opening titles of the era and includes a shot of a television camera and chimney being demolished. Viewers also see the exterior of the house on Knottsall Lane in Warley where the amateur television station is based.

Bev talks to retired electronics engineer Arthur about how he operates and the equipment he has acquired from ATV. Views of equipment include a Marconi MkIII camera, an EMI vidicon camera, a Sony half-inch video recorder and a telecine machine.