The actor became the third star to exit this years’ series after losing in a dance off with comedian Judi Love.

This weekend, Greg Wise became the third contestant to be eliminated from Strictly Come Dancing as he faced Judi Love in the dreaded dance off.

The judges’ scores were added to the viewers’ votes to determine who would be tasked with impressing the judges one final time – this time it was Greg and Judi.

After both couples had danced for a second time (Judi and her partner Graziano Di Prima a Waltz to Hero by Mariah Carey; Greg and his partner Karen Hauer a Samba to Macarena by Los Del Rio), the judges delivered their verdicts:

Anton Du Beke also chose to save Judi and Graziano because they “maintained an element of composure” through their dance. Head Judge Shirley Ballas’ vote had no bearing on the outcome but she claimed that she would have chosen to save Greg and Karen after counting the mistakes both couples had made. 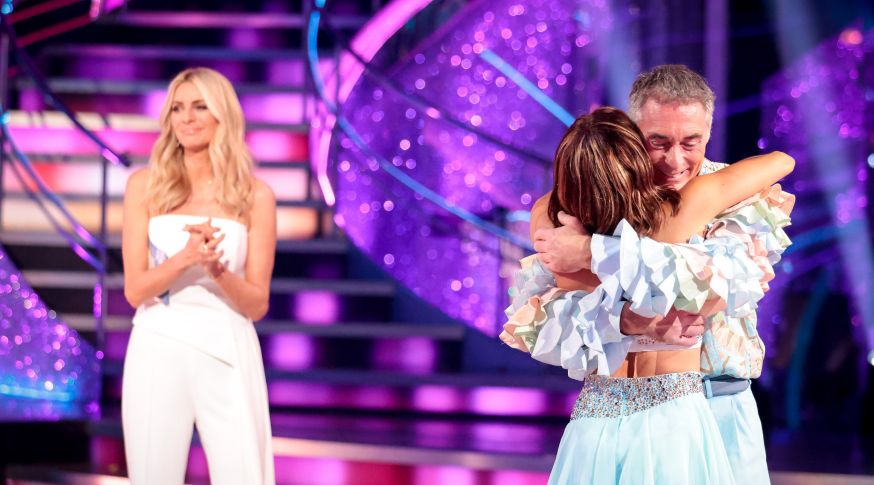 “I have had an amazing time, I feel unbelievably privileged and thank you all for having me.” – Greg Wise

Karen added: “It has been a blast, thank you for the amazing lunches, thanks for the quality of work, and for being an amazing student. I have enjoyed our moments in the classroom, and just having fun with you, I’ve really enjoyed it.”

The remaining eleven couples will take to the dancefloor again on Saturday 23rd October at 7:05pm.