Virginia Lee reports for ATV Today on the 150th anniversary of Cadbury, the Birmingham based chocolate maker. 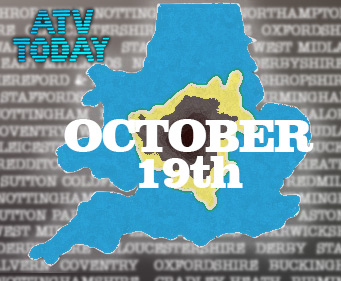 Despite the recession, Cadbury made a record profit in 1980. The item shows a series of filmed stills tracing the history of the firm. There is also an interview with Cadbury’s spokesman, David Brooks, who describes their product as the best in the world and talks about the new technology that Cadbury has introduced into the factory.

The report shows exterior and interior views of the firm’s factory at Bournville showing Dairy Milk production lines with new computer-controlled machines. There is also a brief view of the cricket ground at Bournville. Virginia Lee also talks to a worker on the production line about the job losses which will see 900 workers leaving over the next two years.

The Cadbury manufacturing business was born in 1831 when John Cadbury decided to start producing on a commercial scale and bought a four-storey warehouse in Crooked Lane.

In 1824, John Cadbury had begun his business with a Grocers Shop which also sold tea, coffee and drinking chocolate in a store at 93, Bull Street, Birmingham. By 1847 the business was so successful it moved to a large factory on Bridge Street in the city and in 1878 the brothers relocated once more to a 14½ acre greenfield site between the villages of Stirchley, King’s Norton and Selly Oak, about four miles south of central Birmingham.

The site comprised a meadow with a cottage and a trout stream – the Bourn. The cottage isn’t there anymore, but the pear tree from its garden still stands outside the main Cadbury reception at the Bournville factory. The factory was initially going to be called, Bournbrook, after the cottage and Bournbrook Hall which stood nearby. But instead, ‘Bournville’ was chosen – combining the name of the stream with ‘ville’, the French word for town.

At Bournville, workers lived in far better conditions than they’d experienced in the crowded slums of the city. The new site had canal, train and road links and a good water supply. There was lots of room to expand, which was lucky, because George’s plans for the future were ambitious. He wanted to build a place full of green spaces, where industrial workers could thrive away from city pollution.

The first ‘Milk Chocolate Bar’ and ‘Easter Egg’ were released in 1875.

River City: Bob has some making up to do while Nicole decides to take matters into her own hands