The news and views service has a host of new faces and programmes for 2022.

“Great News! We officially launched our DAB+ radio service today, making it easier than ever to reach GB News – whether it’s on television, online, or now in your car. After a successful radio test yesterday, GB News is the only channel to simulcast all our programmes live on radio nationally.” – GB News

Radio is just the start of ‘exciting plans’ the broadcaster has for this year they note, with the arrival of former Open Air, GMTV and Sky News personality Eamonn Holmes. Having quit ITV’s This Morning last year to join GB News Holmes has been teamed up with his old Sky News co-host Isabel Webster to host a new morning show.

The duo kicked off their show this week running weekdays from 6am, Breakfast with Eamonn Holmes and Isabel Webster has been described as ‘Unlike the rest’ as it ‘puts real British people at its heart.’

“This is just the start. GB News was set up to be the people’s news channel, uniquely different because we believe that wherever you live in this great country, your voice deserves to be heard and included in Britain’s conversation.” – GB News

Meanwhile, former Sky News regular Stephen Dixon and ex-ATV News’ Anne Diamond will host the Saturday and Sunday version of the programme with the promise by GB News to ‘entertain you just as brightly at weekends.’ The Stephen and Anne Breakfast offering launches this coming weekend. 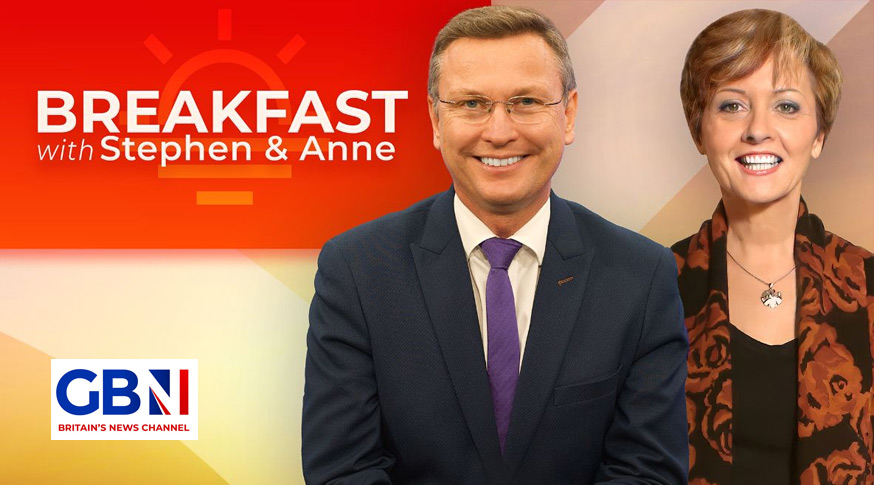 In other changes, Colin Brazier is anchoring a new two-hour ‘drivetime’ show at 4pm on weekdays ‘allowing you to move seamlessly from commute to the couch without missing a thing.’ says the channel while Alex Phillips also has a new show, We Need to Talk About…, at 2pm on weekdays, in which she delivers her feisty take on the burning issues that matter to Britain’s women especially.

“We’re fearless about asking the questions you want to be answered, challenging political correctness and holding power to account on the issues that really matter to you. We’re also not afraid to have fun and to celebrate what’s good about the United Kingdom, especially outside London.

“This year we will continue to break new ground with more exciting new shows and more brilliant new presenters as we keep you informed – and entertained – the GB News way.” – GB News