Skip to content
Highlights Pick of the Plots
Neil Lang

This week in Casualty, Holby City and the return of Doctors to BBC One Daytime.

This week in the A&E department of Holby City Hospital, after the embarrassment of last week, Paige is determined to redeem herself on her first shift but struggles to keep up with her mentor Stevie’s demands.

Elsewhere Paula is rushed into the Emergency Department after falling from her balcony at home, but she is still determined to make it to her hearing, with social services set to make their decision about whether her baby should be taken into care.

Doctors is back on BBC One Daytime after its festive break.

The week begins with Valerie, Karen and Emma catching up after the break – Valerie shows wedding photos to Emma and Karen reveals that she and Rob are back on track.

Rowena Mitchell (20s) comes in with stomach pain asking to see Daniel who gave her painkillers the day before. Daniel is unavailable so she has to wait for another doctor. Eventually, the pain recedes and fed up of waiting, she leaves. On the street, she’s suddenly struck by sharp pains and so returns and is seen by a concerned Emma who discovers that she has suffered from severe period pain for a long time.

Emma agrees to join Zara and Daniel for a chat about patient Rowena Mitchell. Zara buys pastries. Daniel explains Rowena’s history and is interested to know if Emma would have tested for endometriosis. Emma accuses Zara of being more concerned with appearances than learning from their mistakes and Zara storms out.

Rob surprises Karen with lunch at a very expensive restaurant. High spirited after copious amounts of wine they finally emerge and Karen gets into a slight altercation with homeless beggar Maisie Pritchett (70s) after she laughs at them for being drunk. But then Maisie starts crying and Karen and Rob discover she’s lost her cat. They offer to help her find it and Maisie leads them to an outhouse where she fears Kitty has become stuck down a pipe. On his hands and knees and with direction from Karen, Rob tries to get the cat out. But while they have their backs turned an unexpected events leaves them pondering.

Production has now ended on Holby City, bringing an end of an era at the BBC Elstree Studios. The last scenes were recorded in December, but fear not there are a good few weeks left of our weekly visits to the AAU, Darwin Ward and Keller Ward.

This week Eli is compromised ethically when Jac implores him to perform risky surgery on her. Will he let his heart rule his head? Elsewhre The demands of working on AAU leave Fletch seriously considering Regina’s job offer. He has to make the choice between his real family or his Holby family for his future.

Dom reconnects with stoma patient Flo, who needs more treatment, however, her words of wisdom which are intended to inspire him, seem to make him despair at his own future. 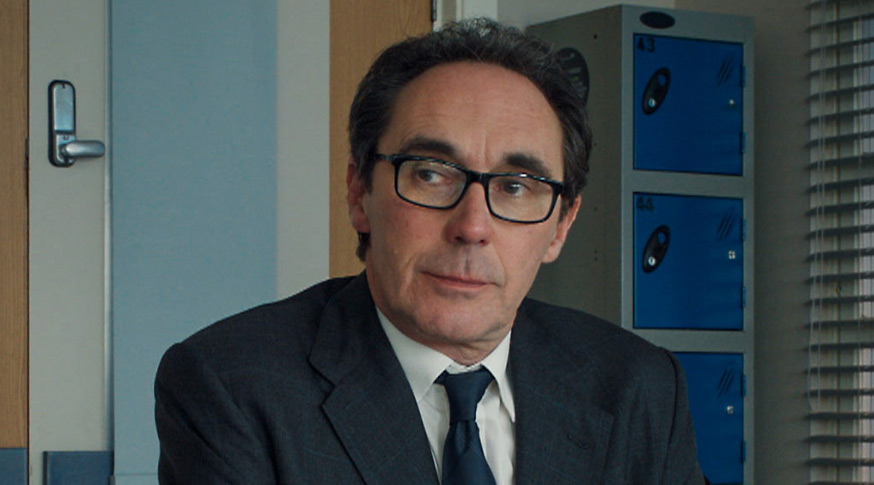