Andy Gray died in 2021 and played the character of Pete Galloway in River City.

In this week’s episode, the characters remember Pete, in a visual tribute to the late actor Andy Gray who died last year. Andy joined BBC One Scotland’s River City in 2016, staying for three years before stepping back from the production due to increasing ill-health due to rare blood cancer Myelodysplastic syndrome.

“When Andy joined River City in 2016 he had an extremely successful stage, TV and film career behind him, but the character of Pete Galloway turned out to be one of the most popular ever to pass through Shieldinch.

“Andy took ill in 2018 and he had to leave the show and he had a difficult time. His ongoing recovery was borne with humour and gratitude for what he had. He had unfinished business on River City and we were looking forward to welcoming him back to film with us.” 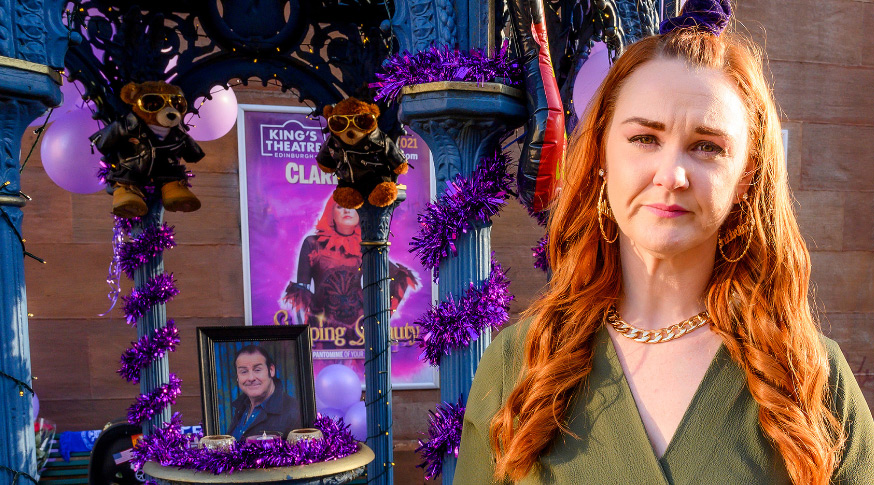 In the soap, he played Elvis-loving Pete Galloway who had a range of storylines ranging from the humorous to the serious. One of his last plots saw the character battling to save his relationship with Caitlin McLean (Gayle Telfer Stevens). The two characters were also given their own iPlayer mini-series following the popularity of the pairing.

The character was diagnosed with bipolar in a much-praised social plot.  Pete was hospitalised and through another patient, Mikey, played by Ron Donachie, Pete was able to see his own illness through someone else’s eyes. Andy became a patron of a bipolar charity group in Scotland.

The character was teamed up with Caitlin, a troubled woman, who runs the local boozer The Ship, it brought many amusing and equally heartbreaking scenes.

“Andy was, and will remain, a national treasure. Not only was he an exceptional actor and entertainer who brought so much joy to so many people, he was an extraordinary man.

“When you were in his presence you could feel it was of greatness. The most kind, clever, funny beyond measure, beautiful man. One of the finest our country has ever had the pleasure to experience and we were so lucky to have had the time we did with you. Andy – you will be achingly missed. Your laugh will echo in Scotland’s heart and you will never be forgotten. Love you forever.” 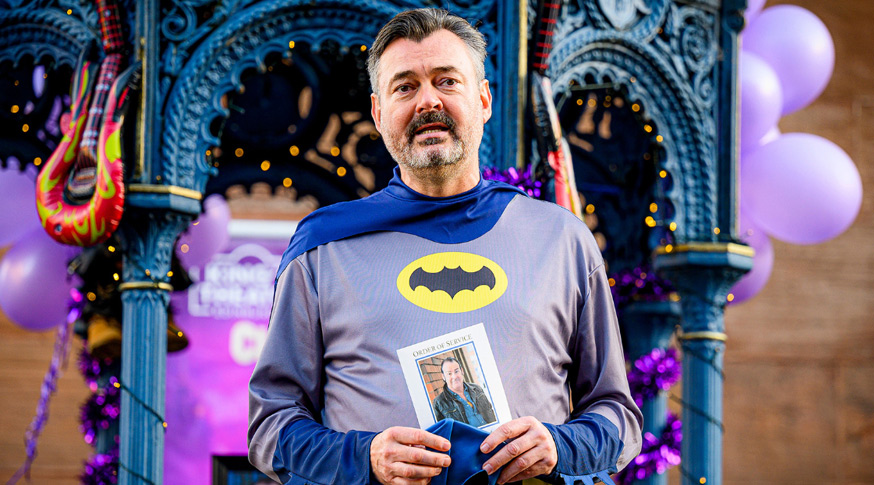 In this week’s episode, Maggie responds to the devastating news of Pete’s death by preparing a community tribute. Caitlin’s grief is overshadowed by her anger towards her ex-husband.

Maggie tries to make Caitlin embrace her grief and recognise the good times they had together. In a painful confession, Maggie admits she’s scared Caitlin will refuse to mourn her, just as she’s rejecting Pete. A pained Caitlin relents, but still stubbornly refuses to be involved.

With the locals fondly remembering their friend, a heartbroken AJ struggles to read the eulogy for his best friend, so Sam steps in, capturing the essence of how loved Pete was by all. As Caitlin watches on, she decides to bid her own emotional farewell to the love of her life, Pete Galloway.

River City, Monday at 10 pm on BBC Scotland Channel and Tuesday at 7 pm on BBC One Scotland.