A new 14-part audio drama is heading your way this summer.

Riverside is the feel-good story of family, friends and community in a small town.

The show features romance, heartbreak and secrets, as well as gentle wit and humour – all the elements of a classic soap – with a cast of actors already well-known from TV and radio soaps Neighbours and The Archers.

The audio drama is based on the Riverside serial by bestselling author Glenda Young, which is published in The People’s Friend magazine every week for 140,000 loyal readers to enjoy.

The scripts are adapted by Ian Skillicorn from the serial’s original characters and stories. 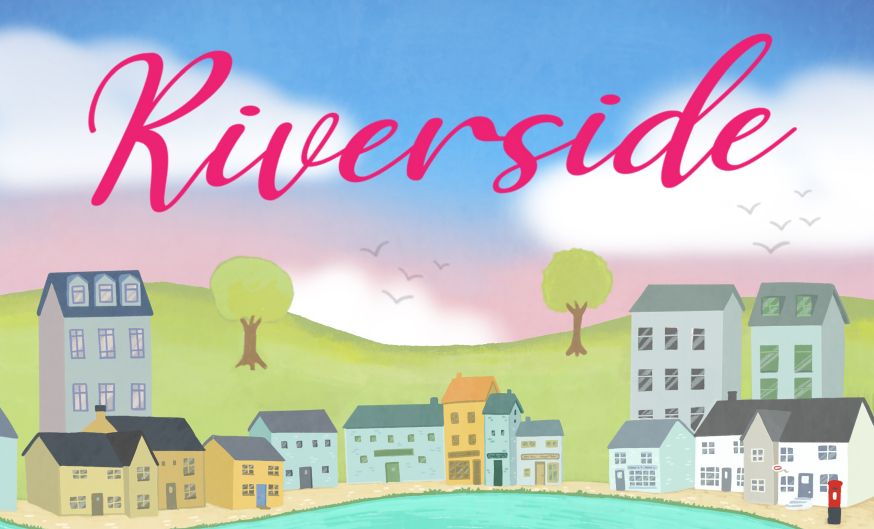 Lisa Armytage plays Ruby Connor. Lisa was watched by millions of viewers on both sides of the world as Dr Beverly Robinson – wife of Jim Robinson – in Neighbours during its 80s heyday, starring alongside the likes of Kylie Minogue, Jason Donovan and Guy Pearce.

“It’s so good to be part of a soap again. Especially playing the feisty, romantic Ruby. Riverside has that optimistic ‘Neighbours’ feeling. A sense of community at a time when we all really need it. I jumped at the chance to play Ruby. She is my favourite out of all the characters – loud, impetuous and naively romantic, she was a joy to play. It was wonderful to be back working in audio-drama again, especially with such colourful characters and a bunch of talented actors.”

Becky Wright plays Susan Dougal. She was Nic Grundy in The Archers for 12 years and hit the headlines with Nic’s highly publicised death from sepsis in 2018.

Toby Laurence plays Dave Brennan. He is well known for playing currently troubled twin Freddie Pargetter in The Archers since 2016.

As the series begins, we see big changes in the offing for the riverside town of Ryemouth, and while some are excited by new beginnings, others are finding it hard to let go of the past.

We’ll meet Susan and her boyfriend Dave, who are opening their new cafe and deli – despite Susan’s dad George disapproval of Dave, which may not be unfounded.

Meanwhile, George’s wife Mary and best pal Ruby have been inseparable since childhood, but face challenges when single Ruby is reunited with her teenage crush, Paul. But when the community come under threat from developers, can everyone put their differences aside to fight for the town they love?