The episode, a nostalgia-fest which saw the return of old characters including Scott (Jason Donovan) and Charlene (Kylie Minogue), peaked with 2.9m viewers in the last ten minutes.

It was the show’s third highest audience since Channel 5 acquired the rights to Neighbours in 2008.

Down under the finale also exceeded expectations, reaching a peak audience of 1.4m and becoming the biggest episode since 2009 with 873,000 viewers in five metro areas (Sydney, Melbourne, Brisbane, Adelaide and Perth). 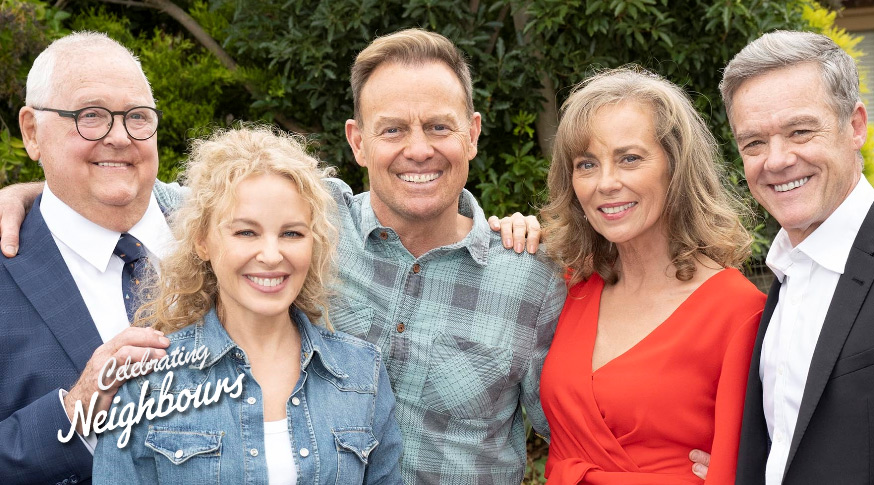 In February Channel 5, the UK broadcaster for the soap announced that it would no longer be funding the majority of the production to enable more dramas on the network.

Production company Fremantle and Australian network 10 Peach were unable to secure the funds from another broadcaster or streaming service, which led to the decision to “rest” the show after 37 years.

Neighbours originally aired on BBC One in the UK between 1986 and 2008, before Channel 5 bought the rights to the show to make an ‘Aussie Soap Hour‘ having previously gained the rights to Seven Network’s Home and Away, in 2000, which had aired on ITV since 1989.