Corrie star that never was, Katie Redford, has joined the cast of The Archers.

The Nottingham-born actress will portray the role of Lily Pargetter in the long-running radio serial, daughter of Elizabeth (Alison Dowling) and the twin sister of Freddie.

“Privileged to have joined the cast of @BBCTheArchers! Dum de dum de dum dum,”the actress tweeted. She further told The Mirror of the role:

“I believe Lily to be an extremely bright, confident, social butterfly with quite a charming wit to her.

“Despite her youth, she’s been through an awful lot and I think she’s developed a much thicker skin due to tragic past events.

“I also think she’s fiercely loyal. Her Mum and twin, Freddie, mean the world to her.” 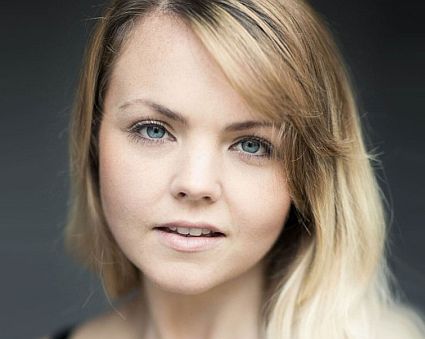 Redford was announced to play 14-year-old Bethany Platt in Coronation Street in January 2015, however ITV bosses later rescinded their job offer after it emerged she’d fibbed about her age. The actress had auditioned as a 19 year old when in fact she was 25 years old at the time.

Redford’s agent Jo McLintock admitted to BBC Newsbeat that ITV were misled over her age.

“It wasn’t [Katie’s] idea to audition as a 19-year-old. People in the industry do it regularly and she sort of went along with what we said.

“I’m feeling really stressed and so sorry for Katie. It’s her first real job and she’s a star in the making – she’s a very talented young actress. I had to have a conversation with casting who said they were very disappointed. Katie is upset but she understands.” – McLintock

The Archers is the world’s longest-running soap opera having started in 1950 on the Regional Home Service. Set in the fictional village of Ambridge in the fictional county of Borsetshire, it is recorded in Birmingham at the Mailbox and remains one of Radio 4’s most popular programmes.