The latest goings-on in Shieldinch…

Alex is stunned when his ex-wife Karen Connolly arrives unannounced. Concerned that Jessie has been ignoring her calls, Karen discovers Jessie has lied about attending university for the last year.

There’s a further shock in store when Alex reveals Jessie is non-binary. Karen is far from understanding, convinced that it’s just a phase. With tensions already mounting, Karen discovers that Jessie has been caught in the crossfire of Alex’s dodgy business dealings. Despite this, Jessie argues that Shieldinch is home. Alex and Karen think otherwise.

Elsewhere, Maggie’s paranoia takes hold and she grows convinced that Ruby’s relationship with her dad, Ash, could have unhealthy undertones. Caitlin assures her that there’s no cause for concern, but Maggie confronts Ash, who is disgusted at her accusations. Exasperated, Caitlin questions whether Maggie is drinking again. Stung, Maggie assures she’s sober – but there’s trouble in store for the McLeans when finances sour, and Maggie’s road to recovery stalls.

Suzie and Bernie are thrilled when Molly’s Corner receives a considerable donation from a mysterious benefactor. The friends have very different ideas about how to use the cash, and Bernie is stunned when supernatural shenanigans unfold, making her question whether Molly is trying to influence their decision.

Feeling isolated, Eve turns to Lou to help her reach out to Cameron in jail. Lou tries to offer emotional support to her mother but her actions backfire when Eve makes a startling discovery. 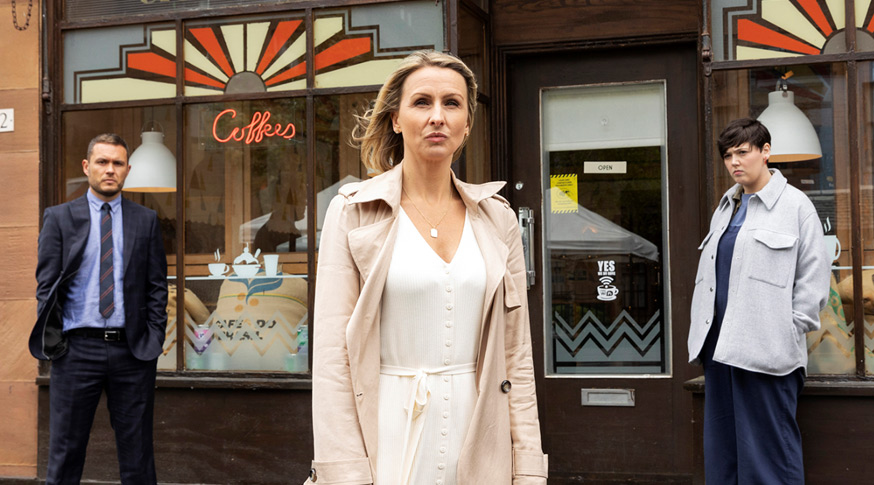 The Taskmaster is back on his throne