This week in the BBC Scotland saga…

During a counselling session Roisin encourages Stevie to open up, and he admits some of his anxiety stems from not knowing who his dad is.

Later, Sonny warns Stevie the search for his father might open a Pandora’s Box of emotions. Undeterred, Stevie plucks up the courage to ask Scarlett for more information, but she makes it clear she’s unwilling to help.

Seeing how distraught her nephew is, Bernie offers Stevie some hope: a photo of his father and the story about how his parents met. Enraged that Bernie went behind her back, Scarlett drops a bombshell on Stevie.

Elsewhere, Ruby hatches a plan to raise money to pay for Caitlin’s hefty legal fees. Initially reluctant, Ash comes round to the idea, but his DJ set fails to pull in the punters… or so it seems. Karen attempts to make amends with Jessie. Despite her best efforts to reconnect, Karen is pushed away by Jessie. It takes an intervention from Alex to help the pair to tentatively build bridges.

Darren’s back in town and – after Suzie suggests he might be the mysterious donor – Nicole begins to wonder if she got him all wrong. Intrigued, Nicole begins to warm to Darren’s charm. Ellie’s crushed when AJ announces Katie has settled in London and won’t be returning to Shieldinch. Ellie’s left heartbroken – she has lost both AJ and Katie. 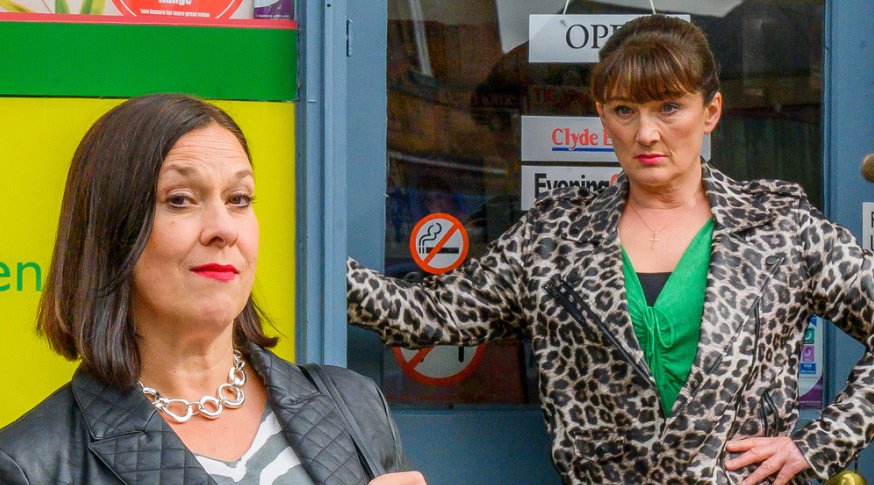