Scott Mitchell was live in the studio discussing life nine months after the sad passing of his wife, actress and national treasure Dame Barbara Windsor who suffered with Alzheimer’s. In his first live TV interview since Barbara’s passing in December 2020, Scott spoke about how he is running the London Marathon again this Sunday despite saying at the finish line last time that he would never do it again.

“Last time, we had a stairlift there for Barbara and I used it for three days after! I’m not going to have that this time.” – Scott Mitchell

As he prepares to run alongside family and friends, Scott added,

“It’s a way of me saying a big thank you to the public. When Barbara passed – and it is such early days, we’re talking nine months. I’m very aware that it’s still such early days as far as grieving is concerned for me, but it’s important to me that I keep this awareness going and this legacy going. And that’s why I will do the run this time – most likely to be my last full marathon, but very much looking forward to it.”

“I think when you go through something and Kate, my personal respect and admiration for your journey with Derek. I know how it is to care for someone when you’re in that situation, but it did become and it has become for me, something that I am very, very passionate about.

“I’ve become an ambassador for Alzheimer’s Research UK – that’s who I’m running for – that’s who we set the condolences page up for.”

Barbara was best known in the past three decades for her role as Queen Vic landlady Peggy Mitchell in BBC One’s EastEnders, with an extensive stage, TV and movie career prior, most notably in the saucy Carry On films alongside stars such as Kenneth Williams, Hattie Jacques and Sid James.

She was made a Dame in the 2016 New Years Honours list for services to charity and entertainment.

In May 2018, her husband Scott made the decision to go public with her Alzheimer’s diagnosis due to a worsening of symptoms. He revealed the life-limiting illness was the reason for the definitive ending to her EastEnders character in 2016 and that she would be retiring from show business. In a show of support, a number of Barbara’s ‘Enders co-stars ran the London marathon to raise money for Dementia Revolution in 2019. 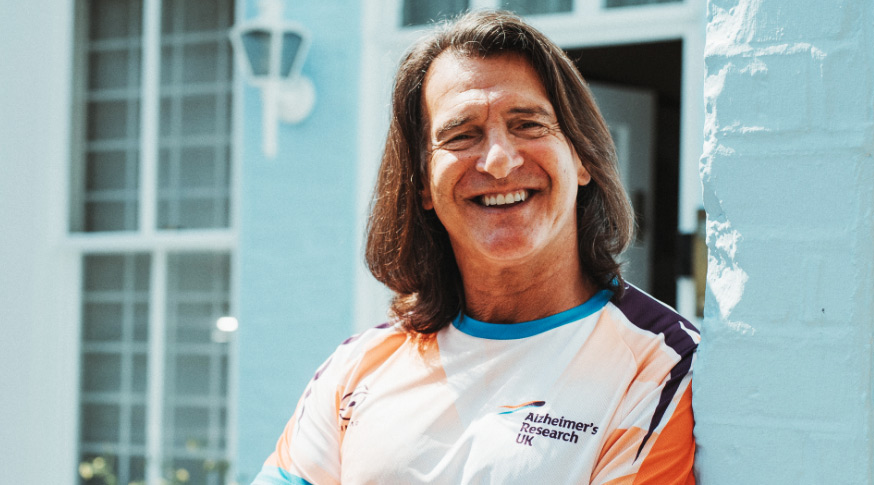 “When you’ve been through something like that, when you watch at close hand what Alzeihmer’s does to someone, a loved one, and you watch how it painfully takes them away and how powerless you are, it makes you want to fight. And my only way to fight – and I was pretty powerless to help Barbara, apart from being there and making sure that she felt as safe and loved as possible – but we have to do something about the future families going through this and they’re making such progress, they really are.

“We’re kind of at a tipping point where the progress is being made with the researchers, but the funding is not there. We need funding to continue this momentum and keep this moving forward.” – Scott Mitchell

Barbara adopted the stage name Windsor early on in her professional career. She was born Barbara Ann Deeks in London in 1937 – the only child of a bus conductor and a dressmaker. She first glimpsed theatrical life after being evacuated to Blackpool where she attended a dance school, and made her first film appearance in 1954’s The Belle’s of St. Trinians.

She was taken under the wing of acclaimed theatre director Joan Littlewood early on in her career starring in Fings Ain’t Wot They Used T’Be a musical about London’s underworld, and as Maggie in Littlewoods’ 1963 film Sparrows Can’t Sing, which saw her nominated for Best British Film Actress at the BAFTAs.

“She’s constantly with me, she’s constantly on my mind. I do dream about her a lot, I talk to her when I’m running. You do it as part of grieving and we all go through unfortunately those things when you grieve, but I do like to try and keep a fairly positive stance on it. Barbara was an incredibly positive lady. The way you saw her, that was her attitude to life – she loved helping other people, she loved doing things.

“It was very important to her when we went public in 2018 that she understood that she was helping people by talking about this illness and the charities at the time did say to me, ‘You will never know the difference this has made, Barbara being open about this.’ It had a big affect on other people living with dementia who didn’t want to talk about it, but they would suddenly say, ‘Oh, Barbara Windsor has got that thing that I’ve got and it’s okay to talk about it.'”

“That makes it all worth it to me. That makes it worth ignoring some of the nasty comments you get… Sometimes you’ll get someone who wants to say something horrible on the internet. I tend not to look, but I tend to stumble across something by mistake but I put those whatever-they-are people to one side and focus on the people that it’s helped, the kind people who supported us and who say the most wonderful things about Barbara to me. And we have to focus on the positive.” – Scott Mitchell

Good Morning Britain, weekdays on ITV from 6 am